The Emoji Origin Story: Where Those Clever Little Characters Come From 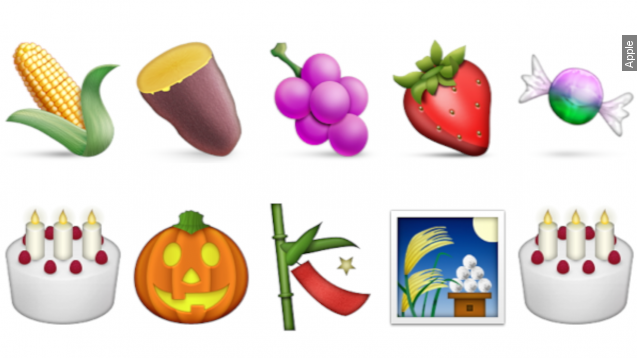 Ever wonder where emoji come from? If you think Apple and Google craft the characters, you only know part of the story; this video tells the rest.

First things first: Emoji don't come from Apple or Google. Now that we've got that out of the way, let's dive in.

Emoji are part of the Unicode Standard, a universal key of sorts that makes communication between computers — be that a smartphone, laptop, server, etc. — less error-prone and far simpler.

Unicode assigns unique numbers to characters you're probably familiar with, like letters, punctuation and emoji. Computers read each unique number and display the character assigned to that number.

The Unicode Standard is maintained by the Unicode Consortium. The group is made up of people who represent computer and Internet companies, like Apple and Google.

In fact, the subcommittee responsible for defining and maintaining emoji is led by Mark Davis and Peter Edberg, who are employees of Google and Apple, respectively.

So, confession: Remember that bit before when I said emoji don't come from Apple and Google? Yeah, that's not 100-percent true; let's just say the companies have a lot of sway when it comes to the popular little pictograms.

It's also important to note the consortium doesn't design emoji — that's up to individual companies, like Apple, Google and Twitter. The consortium assigns each emoji character a code, a description and a black-and-white sketch for guidance. That's why the same smiling face with open mouth and cold sweat looks different depending on where you're viewing it.

Other than defining and maintaining emoji and their documentation, the committee is also responsible for coming up with new ways to display and support the characters.

"The long-term future of emoji is probably in the direction of what are called stickers, where people can buy or upload images that they want to use in their communication," Davis said in a Unicode presentation about emoji.

Most importantly, though, the group reviews proposals for new emoji. The hot dog and unicorn recently added to your iPhone or Android device? They had to be approved by Unicode before Apple or Google could make them available to you.

Getting that approval isn't easy. The committee spells it out pretty bluntly in its documentation: "Adding characters to an encoding standard involves a long, formal process which can take two years or more."

Requesting new emoji is a paperwork-laden affair where you're asked to make your case for an additional character. There are nine factors for consideration, including how often the emoji will be used and how distinct it is. The committee doesn't want two emoji that are confusingly similar. On the other hand, it doesn't want overly specific emoji, like a Bernese Mountain Dog and a Weimaraner, when a generic dog will do.

So, let's do a quick recap:

• Emoji are defined by Unicode but designed by individual companies.

• It's pretty tough to get an emoji added to the Standard.