When A Musician Dies, What Should Happen To Their Unreleased Work? 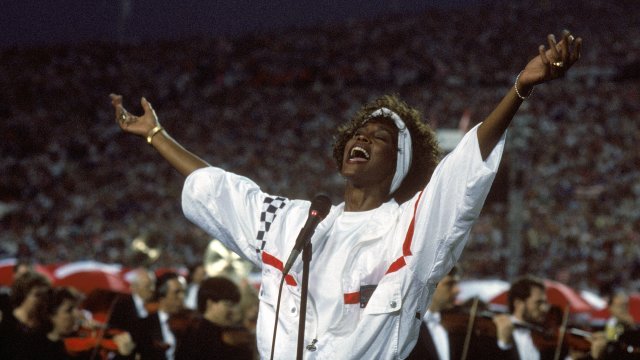 Music is immortal; musicians are not.

Music is immortal; musicians are not. After a star has died, new songs often come out, old releases are reborn and unfinished fragments can be magically blended in the studio.

It's not a new phenomenon.

In 1991, Natalie Cole released a duet of "Unforgettable" with her famous father, Nat King Cole. It came 26 years after his death. The list of artists with posthumous hits is long. Joplin, Lennon, Prince, XXXTentacion, to name a few. And 2019's summer hit "Higher Love" is a remixed version of Whitney Houston's decades-old track released seven years after her death.

The law appears to be of little help in answering these questions. A copyright is essentially personal property and can be passed on to an heir or another party in a will. Whomever ends up with the copyright basically can decide what will be done with the artist's music: stash it away, find a hot-shot producer to cook up a hit. The rules are wide open.

And keep in mind with today's streaming services, artists are producing more un-released music, meaning extensive catalogs of tunes to be released after death.

Now, the question of ethics — especially if the work was unfinished when the artist died.

One music writer, Dorian Lynskey, put it this way in The Guardian: "If a living artist wants to raid the vaults and illuminate their creative process by spilling every doodle or abandoned experiment, that's up to them. But when someone's not around to say yes or no and approval is posthumously assumed, it feels intrusive. What right do fans have to hear what their favorite artists threw away?"

David Joseph, the CEO of Universal Music UK, answered the question this way: He destroyed Amy Winehouse's demos for her third album. He didn't want successors to "Frankenstein" a record. "It was a moral thing," he told The Guardian.

On the other hand, "(Sittin' On) the Dock of the Bay" is a major part of Otis Redding’s legacy. The whistling ending, which Redding ad-libbed, was left in the released version that went to the top of the charts, and the seagull squawking was added. Would he have approved?

Likewise with "Higher Love," although it builds on an earlier finished version. Would Houston approve of Kygo's let's-dance mix? We'll never know.

Perhaps the standard going forward should go deeper, asking two other questions: Is a posthumous release purely for commercial reasons? Or does it enhance the star's legacy and rise to their standards?