The Hills Were (Sort Of) Alive With NBC's 'Sound Of Music' 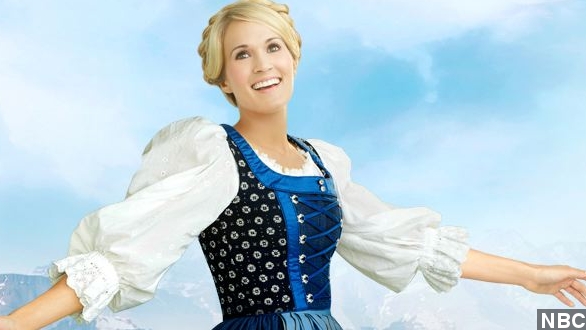 The hills were alive ... barely.

NBC's live version of “The Sound of Music” aired Thursday night and is getting slammed by critics. (Via USA Today, People, The Boston Globe)

Carrie Underwood sang her heart out.

"The hills are alive with the sound of music."

But The Washington Post says the other half of the pie — acting ability — just wasn't there.

​"When Underwood spoke her lines, she was as flat as the label on a Swiss Miss package of cocoa."

And of course, the comparisons to Julie Andrews, who starred in the classic film version, seem unavoidable. (Via 20th Century Fox)

The Boston Globe says of Underwood: "What on earth made NBC think Underwood could follow[?] ... This was celebrity casting at its most self-defeating."

But hashtags for the show were trending on Twitter all night and into the morning.

And the ratings are in. The show averaged an astounding 18.5 million viewers. (Via Variety)

Though that may have been more for people enjoying drinking games and hoping to see snafus on a live broadcast. (Via E!)

Ultimately, good or not, as the New York Post points out, the production went off pretty much without a hitch.

And as several outlets are noting, it's nice to see a live TV event that a family can watch together other than sporting events. (Via Deadline)

So the hills were ... live. Just not so lively.