The History And Modern Celebration Of Juneteenth 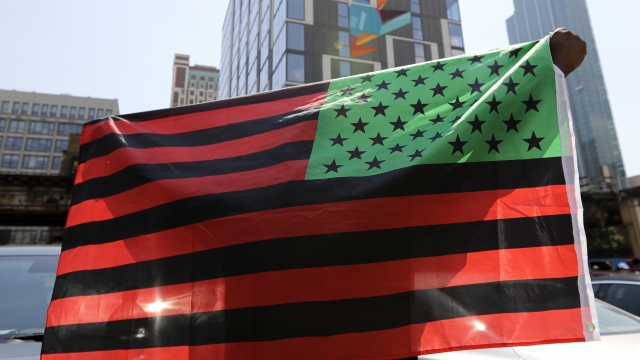 One year ago, President Joe Biden signed the law establishing June 19 as a U.S. holiday.

On June 19, in 1865, Major General Gordon Granger arrived in Galveston, Texas and read orders informing the people of Texas that all slaves were free.

His announcement came two and a half years after President Abraham Lincoln signed the Emancipation Proclamation that ended slavery in Confederate-held states.

It didn’t go into effect in Texas, partly because news traveled slowly then, and there weren’t enough Union soldiers to enforce the order.

It’s estimated 250,000 slaves were emancipated that day, turning June 19 or Juneteenth into the oldest known celebration of the official end of slavery.

Months later, the 13th amendment abolished slavery on a federal level and not just in Confederate states.

One year ago, President Joe Biden signed the law establishing June 19 as a U.S. holiday.

It was the first federal holiday established since Martin Luther King Junior day in 1983.

Congressional support for the measure grew in the aftermath of protests over the killings of George Floyd, Breonna Taylor and Ahmaud Arbery.

Juneteenth has a long history of celebration in Milwaukee, Wisconsin. Thousands of people turn out and the crowds get bigger every year.

Local officials say the day is about more than celebration.

"We want people to understand that Juneteenth is our future and our past all at once." Northcott Neighborhood House Executive Director Tony Kearney said. Clayborn Benson, the founder of the Milwaukee Black Historical Society and Museum, says though Juneteenth is rooted in history, the day highlights current challenges.