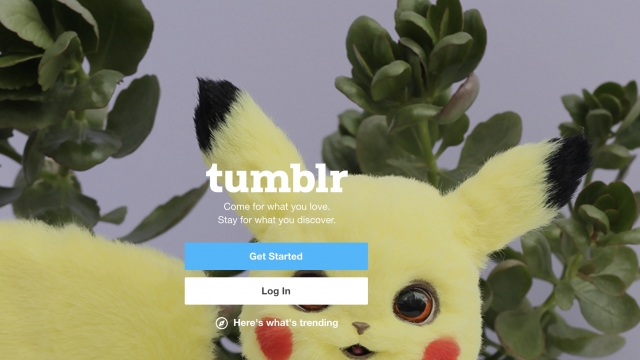 The Hustle's Wes Schlagenhauf breaks down some of the biggest business news of the week. He explains Tumblr's fall from glory.

TV broadcasting giant Sinclair Broadcast Group is rippin' and roarin' to buy 21 regional sports networks from Disney in a $10.6 billion deal.That's a lot of tickle — but Disney certainly isn't hurting for pennies, so why so eager to sell off its cavalcade of prestige reeg' if there's clearly still a market? Turns out, the house that Mouse built was forced to sell off the regional networks it took on as part of its $71 billion acquisition of 21st Century Fox assets over anti-competitive concerns. There you have it — while it may not seem like it, there are actually rules that keep even the likes of Disney from total content domination. Who are we kidding? Disney owns Star Wars — oh, and this just in: It owns Marvel too. And I wouldn't expect Disney to divest its interests in those box-office powerhouses anytime soon.

Women's professional hockey's on thin ice after pro female ice hockey players from Canada and the U.S. announced they'll be riding the pine this upcoming season. Until last week, there were two pro women's leagues in North America — the NWHL and the CWHL. Didn't know that? That's because you're not watching enough regional sports content. After the CWHL closed, 200 players announced their refusal to play in the NWHL until it improves working conditions for its players. Get this: Pro women's hockey players don't even have health insurance, and some make as little as $2,000 per season — which leaves a lot of pro hockey players competing for temp jobs when they're not carving up the ice. Now, united under the banner of #ForTheGame, the top women stick danglers are insisting on salaries no less than $25,000 to play professionally. Call me a snowflake, but as physical as hockey is, how is no health insurance even legal? On top of that, they're barely making enough money to afford Band-Aids. Talk about time in the penalty box.

And that does it for today. If you're looking for more heavy biz hitters like this, sign up for The Hustle newsletter at thehustle.co. It's free, it's easy, it's fun. Now y'all ready for the noise?