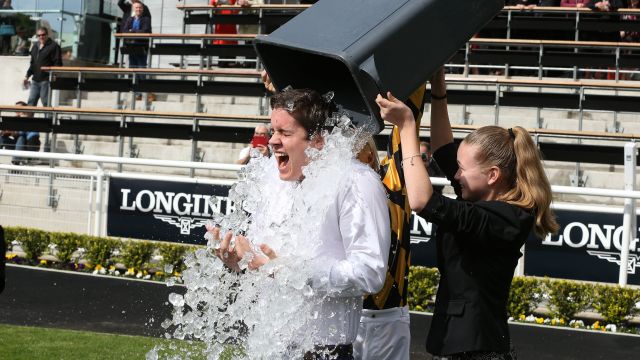 Researchers say they found the gene NEK1 and that its mutations are linked to Lou Gehrig's disease, also called amyotrophic lateral sclerosis, or ALS.

"I nominate LeBron Jr., Bryce Maximus and President Obama [for the] ALS challenge," NBA star LeBron James said just before he was doused with ice-cold water.

Remember just a few years ago when everyone was doing the ice bucket challenge?

In a paper published in Nature Genetics, researchers say they discovered the gene NEK1 and mutations of it that are linked to amyotrophic lateral sclerosis, otherwise known as ALS.

"The discovery of NEK1 highlights the value of 'big data' in ALS research. The sophisticated gene analysis that led to this finding was only possible because of the large number of ALS samples available," said Lucie Bruijn of The ALS Association.

ALS, also known as Lou Gehrig's disease, affects the brain and spinal cord. It's known to attack nerves and, as a result, cause muscles to shut down. Many people with the disease die within two to five years of being diagnosed.

"That check is for me," Laura Bush said after pouring water on his head.

But the vids, made popular in 2014, reportedly brought the donations in left and right.

"Kim, this is a lot of water," Ellen Degeneres said.

"Oh my god. I don't even want to see this happening to me," Kim Kardashian said.

The 2014 ice bucket challenge brought in an estimated $115 million in donations to the The ALS Association that year.

Now that the gene has been discovered, the foundation says it's looking to finish what the ice bucket challenge started and find a cure for ALS. A new campaign called Every Drop Adds Up is expected to gear up in August.

This video includes a clip from NRK.