Here's The Impact Of American Political Ads In Spanish 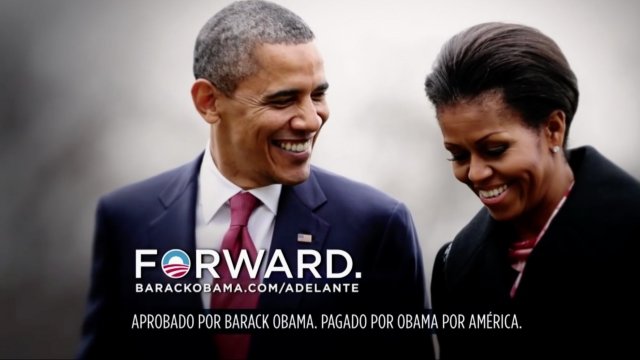 New research is offering us a look into how electoral support is affected by Spanish ads.

When politicians look to broaden their bases, making an ad in a different language, like Spanish, is one strategy to do so.

One of the first Spanish-language political ads in the U.S. featured Jackie Kennedy as she attempted to lure in voters on behalf of her husband.

The Spanish-speaking population in the U.S. has grown substantially since then — reaching around 40 million people in 2016.

Women Are Filling More Seats In US Congress Than Ever

But here's how the U.S. fared against the worldwide average of women in national legislatures.

So, do these targeted Spanish-language ads work? A recent study shows ... sort of. Researchers found in two experiments that the ads did resonate with bilingual viewers, boosting electoral support from that group by 5 percentage points.

The researchers said the ad's content didn't matter as much as the language spoken.

Of course, running a Spanish ad doesn't guarantee bilingual voters will turn out for a specific politician.

And for Americans who only spoke English, Spanish-language ads ended up having a negative effect on support. That was true for both Republican and Democratic voters.