The Incinerator: How A Major Polluter Gets Clean Energy Funding 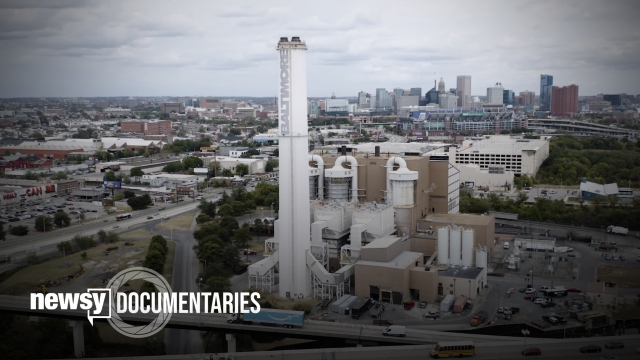 Across the U.S., waste incinerators have health impacts for communities living nearby. In Baltimore, there's a heated debate over what to do about it.

Baltimore, Maryland is one of the most polluted cities in the U.S. And the worst of that pollution hangs over the southside. This part of town is packed with industrial sites, including the city's single largest source of industrial air pollution: the Wheelabrator Waste incinerator.

The incinerator is also a major source of air pollution, including particulate matter and chemicals, which contributes to rates of heart disease, lung cancer and stroke for nearby communities. Nearby neighborhoods have higher mortality rates linked to those health issues than Baltimore does as a whole.

But because it technically operates as a source of renewable energy, the incinerator receives clean energy subsidies from the state of Maryland.

Last year, after a push from the city council and local residents, Baltimore became one of the first U.S. cities to pass its own Clean Air Act. The new law has set up a battle over the future of the incinerator.