'The Interview' Could Cost Sony Big Despite Strong Opening 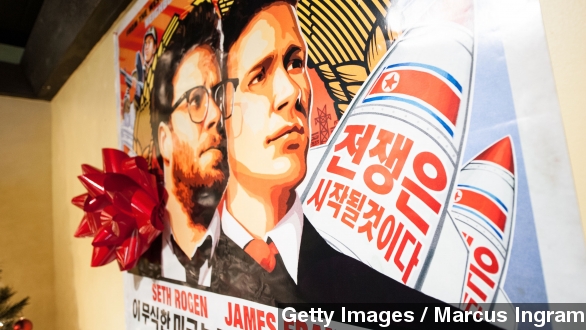 Sony spent about $80 million to make and market the movie but will likely only make a portion of that in sales.

It was a surprisingly successful opening for Sony Pictures' "The Interview" — raking in an estimated $15 million from online rentals and about $2.8 million in the limited theaters it was released to over the Christmas weekend.

But even though it's Sony's most downloaded movie of all time, that doesn't actually mean much monetarily.

The movie cost about $44 million to make, and the studio reportedly dropped about $35 million to promote it — nearly $80 million altogether. But the fact that it went from a widespread, nationwide release to a limited, 300-or-so-theater release likely hurt the film's long-term revenue. (Video via Sony Pictures Entertainment / "The Interview")

It was bought or rented online about 2 million times, but rental fees for the film were about half the price of what you'd pay at the theater.

At this pace, the film will likely end up a loss for Sony — a loss of millions.

But as Vox points out, the unprecedented release might not be about making money back. "It would have to perform absurdly well to make back marketing costs ... but for it to even break even with its production budget would be an accomplishment and set a solid precedent for future online releases."

"Had it opened as intended, it would have been a bigger result. When you combine the streaming numbers with the theatrical, you have a really good result," Paul Dergarabedian of media research company Rentrak said on MSNBC.

On Dec. 17, shortly after news broke that "The Interview" would be pulled from theaters, TheWrap reported the film would likely hand Sony an estimated $90 million in sunk costs. The studio reportedly expected to bring in $80 million on the film domestically and $130 million worldwide.

And with the online-heavy release, Quartz and CNBC contributor Jason Lynch says Sony could also see different issues down the road.

"Ninety days from now, when they would normally be putting 'The Interview' for VoD, they have lost that revenue stream right now. You're going to have to recalibrate how the movies are able to make money long term," Lynch said.

"The Interview" was released on Google Play, YouTube, Xbox Video and SeeTheInterview.com on Wednesday. As of Sunday, the movie is now available for download from the Apple iTunes store.