Rare Laotian Dolphin Isn't Extinct Yet, But It Will Be Soon 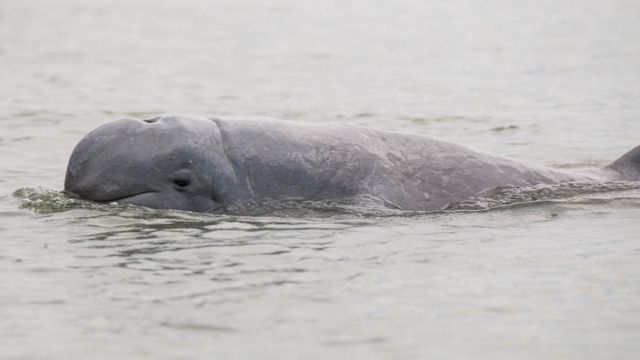 Nets and other fishing gear are so dangerous to dolphins that the Irrawaddy dolphin is functionally extinct.

An incredibly rare dolphin is now functionally extinct in Laos, according to the World Wildlife Fund.

The Irrawaddy dolphin's Laotian population shrunk from six down to just three individuals — too few to ensure the population will survive.

SEE MORE: Humans Could Hunt 301 Species Of Mammals Into Extinction

Fishing nets — especially gill nets — are the main culprit behind this quick decline.

The nets are hard for the dolphins to see or find with echolocation. So they end up swimming into the nets and tangling themselves up, eventually drowning.

The problem is called bycatch, and it doesn't just hurt the river dolphins. It threatens marine species all over the world.

Every year, more than 300,000 whales and dolphins die after getting caught in fishing gear.

SEE MORE: Climate Change Could Drive 1 In 6 Species To Extinction By 2100

In the Pacific Ocean, bycatch kills 3.3 million sharks each year. Turtles and seabirds are also common victims of bycatch.

There are still groups of the Irrawaddy dolphin in other parts of Southeast Asia. But in most of those groups, there are fewer than 100 dolphins left.