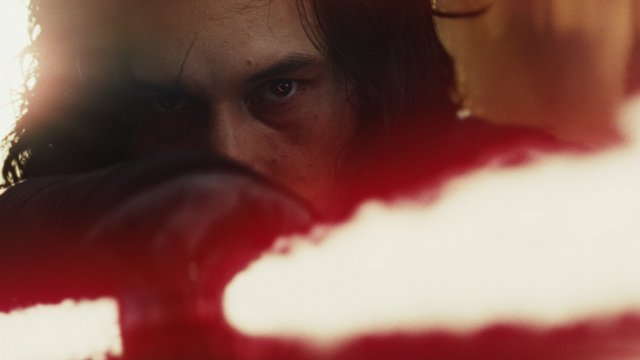 Before "The Last Jedi" even made it to theaters, the "Star Wars" franchise had made more than $7 billion at the box office worldwide.

"The Last Jedi" offers plenty of twists and turns on-screen, but there's one development we all saw coming: The Force is strongest at the ticket counter.

Taking the No. 1 spot this weekend and breaking box-office records along the way is "Star Wars: The Last Jedi," bringing in an absurd $220 million in its first weekend out in the U.S. alone.

That counts as the second-largest opening weekend in U.S. cinema history. Wanna take a guess what's first? "The Force Awakens" managed an even larger debut in 2015, bringing in nearly $248 million in just three days.

And while no single foreign country has matched America's enthusiasm for the galaxy far, far away, "Star Wars" is still a global box-office powerhouse. Episode VIII is the fifth-biggest global debut of all time, pulling in $450 million worldwide.

Since "A New Hope" hit theaters 40 years ago, nothing about "Star Wars" has been more consistent than its box-office dominance. Before "The Last Jedi" even made it to theaters, the "Star Wars" franchise had made just over $7 billion at the box office worldwide, making it the second-highest grossing movie franchise of all time.

The Empire Strikes It Rich: How 'Star Wars' Built A Franchise Dynasty

As "Star Wars" weekend is set to rain down upon us, we wondered: Exactly how much money is the "galaxy far, far away" worth?

But back to "The Last Jedi" — critically speaking, Episode VIII meets the already-high expectations set by "The Force Awakens."

"This is far and away the most jaw-droppingly gorgeous 'Star Wars' movie I've ever seen," Christy Lemire added.

Apparently though, some "Star Wars" fans feel differently. While the Rotten Tomatoes critics’ score is very high, the audience score is much lower. The split between the two scores is generally a lot smaller.

That said, another site that measures audience reception, Cinemascore, gives the film an A.

We'll have to wait until next week to see if any negative word of mouth actually affects the box-office haul. But I've got a sneaking suspicion "Star Wars" will be just fine.

Taking the No. 2 spot is the only major film brave enough to premiere on “Star Wars” weekend. "Ferdinand" brought in an estimated $13.3 million in its first week out.

And dropping to  third place is "Coco," bringing in an estimated $10 million in its fourth week out.

As for next week, it's gonna be a very crowded Christmas at the multiplex.