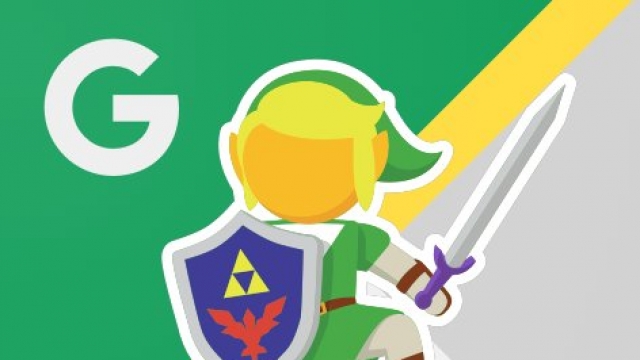 The hero of Hyrule is acting as the StreetView tour guide in Google Maps.

The Google Maps team has a soft spot for video game characters. Their most recent stunt involves replacing the generic Street View character with Link from "The Legend Of Zelda."

The hero clad in a green tunic has all the functionality of the regular Pegman character — which is to say, not much. You can drag Link around the map and plop him down in a point to zoom into the map, and he'll rotate and move along with you as you navigate in Street View.

It's a neat little addition, but not quite as exciting as previous video game appearances in Google Maps. Last year, the tech company turned entire cities into a Pac-Man game; and in 2014, they scattered Pokémon across the globe and tasked people with rounding them all up.

Link's appearance in Google Maps is part of a marketing push by Nintendo to promote the HD remaster of "The Legend of Zelda: Twilight Princess," which was released Friday in North America. Since the game doesn't come out until next week in Japan, Link's going to be sticking around the Maps screen for a few more days.