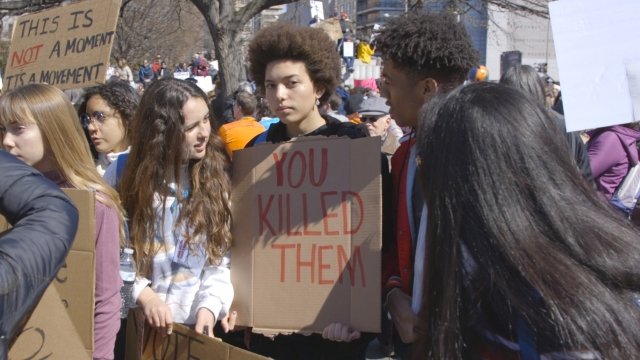 Attendees made sure the focus was on all types of gun violence.

Hundreds of thousands of people flocked to downtown DC for the March For Our Lives to fight gun violence. The rally was created after the Marjory Stoneman Douglas High School mass shooting in February.

Newsy was in the crowd, talking with protesters who were really excited about the rally but most importantly, about how this conversation about gun violence includes all types of shootings and people.

Will The Student March Achieve What The Million Mom March Couldn't?

18 years ago, the Million Mom March in D.C. lobbied for more gun control. It didn't work.