The More, The Merrier? The Perks Of Being Polyamorous 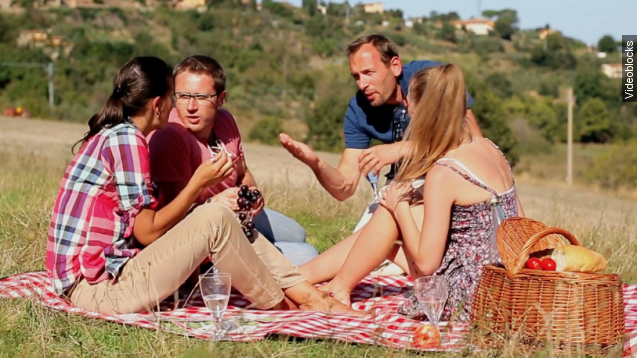 Some experts say having a sexual partner outside of a committed relationship allows for more honest communication among those involved.

Did you know we're in a sexual revolution?  Well, strap up, soldier. You actually may need to since we're talking about satisfying the needs of several sexual partners.

At the forefront of this revolution: Polyamory, where men and women are seen as equals and are romantically involved with multiple people with the consent of all parties involved.

"We all want to do it and are interested in it and are excited about it, and yet we place so many restrictions," Dr. Zhana Vrangalova said.

Infidelity is the second leading cause of divorce, and for something so denounced, a majority of people choose to pounce.

That could be why an estimated 1.2 to 2.4 million couples in the United States identify as nonmonogamous. And boinking more people with permission may benefit the core relationship more than we previously thought.

For one, some psychologists say when a couple brings in an outsider it forces all involved to be more open and honest, and it allows them to communicate their feelings and desires further.

And if you're at home screaming at the screen saying, "Hell, no! Everyone else can keep their hands off my man!" some therapists say polyamory could help with that type of jealousy.

That's because polyamorous couples get jealous, too, but they tend to learn and discuss boundaries much more than other couples to identify those triggers. It's a messy, meticulous management of emotions.

And health-wise, it could be safer. The Journal of Sexual Medicine found individuals who had permission to sleep with someone else were more likely to use condoms than those who were "cheating."

Some have even gone on to call it "the new monogamy" and explain that as long as outside attachments don't threaten the primary emotional connection of the couple in question, all is fair in love and ... well, more love.

But before you think it's all foreplay and three-ways, experts say polyamorous relationships are more complicated, high-maintenance and potentially painful than being a conventional couple. So, think twice before it turns into a thrice.