The Movie Musical Is Once Again Taking Center Stage In Hollywood 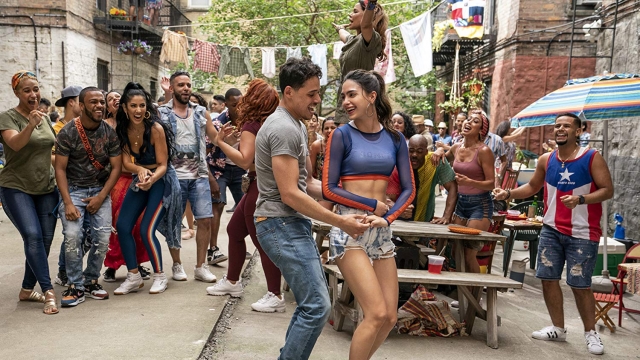 Films like "Rocketman," "Judy" and the upcoming adaptation of "In the Heights" are ushering in a musical resurgence at the box office.

Warner Bros. / "In the Heights"

Hollywood transitioned from silence to sound in 1927 with the help of a full-length movie musical. "The Jazz Singer" not only led to the rise of "talkies," but also one of the most polarizing film genres.

But whether you love them or hate them, films like "Cats," "Rocketman," "Judy" and the upcoming adaptation of "In the Heights" are ushering in a musical resurgence at the box office.

So what's behind this latest push to have moviegoers singing and dancing in their seats?

For one — Broadway is in the midst of a golden age. Its 2018-2019 season brought in almost 15 million patrons who purchased more than $1.8 billion in tickets.

That's partly because of "Hamilton," which still pulls in more than $3 million a week — four years after its Broadway debut.

Besides providing escapism for viewers, musical films also play on their innate nostalgic value. For instance — the so-called "digital fur" technology may be new, but "Cats" has been captivating audiences on stage for almost 40 years.

And while "Blinded by the Light" and "Yesterday" don't have a stage play to pull from, many viewers probably grew up listening to Bruce Springsteen and The Beatles.

If they're done well, these musicals can translate into award show gold. Actors Taron Egerton and Renee Zellweger both won 2020 Golden Globes for their portrayals of Elton John and Judy Garland, respectively.

The Oscars aren't musical-shy, either. After all, the very first Best Picture winner with recorded dialogue was the musical "Broadway Melody." Nine more have since razzle-dazzled their way into winning the top prize.