NBA Teams Are Losing On Purpose. Here's How The League Is Responding. 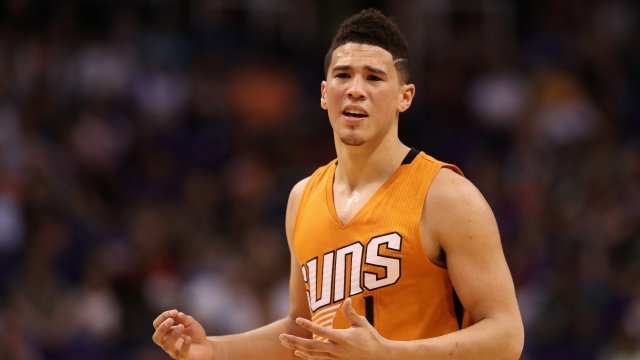 No one likes watching teams that would rather lose than win. The NBA has a new proposal to try to fix it.

The NBA is tired of teams trying to lose on purpose, and a new ESPN report says it's proposing a new way to try to stop it. Here's how it works.

The NBA, like most other leagues, gives the best draft picks to the worst teams. This means teams at the bottom of the standings have an incentive to be as bad as possible to score a young star through the draft.

But no one wants to watch teams try to lose, so in 1985 the NBA started the draft lottery. Now, the league gets the worst teams together and randomly decides who gets the best draft picks, with the odds tilted toward the very worst teams.

But even that is a pretty big incentive, at least to NBA Commissioner Adam Silver. He's been open about the lottery's shortcomings, like in this interview on "The Dan Patrick Show."

"We've tinkered with the draft lottery, I think, almost five times in the last 30-plus years, but we're still not at the point where it's, frankly, working," Silver said on June 26.

How Improbable The Cleveland Indians' Long Winning Streak Really Was

The Cleveland Indian's 2-0 win Tuesday night was their 20th victory in a row.

Right now, the worst team in the league has a 1 in 4 chance of landing the top pick. According to ESPN, the new proposal would cut that chance to just 14 percent, the same as the second- and third-worst teams.

The hope is that throwing more uncertainty into the mix will keep teams from intentionally tanking at the end of the year.

ESPN says the league's board of governors will vote on it Sept. 28. If they vote yes, it would take effect for the 2019 draft.