The North Face Co-Founder Dead At 72 After Kayaking Accident 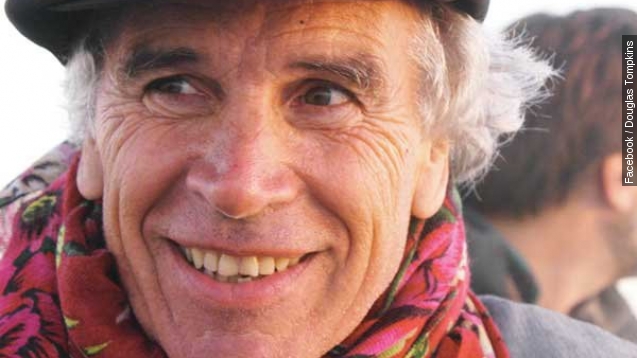 Douglas Tompkins, the founder of outdoor clothing companies The North Face and Esprit, died Tuesday after a kayaking accident. He was 72.

Douglas Tompkins, the founder of outdoor clothing companies The North Face and Esprit, died Tuesday after a kayaking accident. He was 72.

Tompkins was kayaking in southern Chile when his boat capsized. He was flown to a nearby hospital but later died of hypothermia. None of the other kayakers he was with were seriously injured. (Video via The Rumi Foundation)

Tompkins moved to South America for conservation, which he devoted himself to after retiring in 1989. He ironically married a former Patagonia outdoor clothing company CEO. He is survived by two children. (Video via Global Economic Symposium)

"Never stop exploring" may be The North Face's motto, but it was forged in part to Tompkins, who lived adventurously. He never went to college, but family members say he climbed nearly every mountain around the globe.

While he sold San Francisco-based The North Face a few years after it started, he went on to more adventures, including selling clothes out of a Volkswagen van, which birthed another adventure clothing business, Esprit.

The North Face's parent company said in a statement, "Doug was a passionate advocate for the environment, and his legacy of conservation will help ensure that there are outdoor spaces to be explored for generations to come."