The NRA Is Not Actually Donating Guns To 'At-Risk Americans' 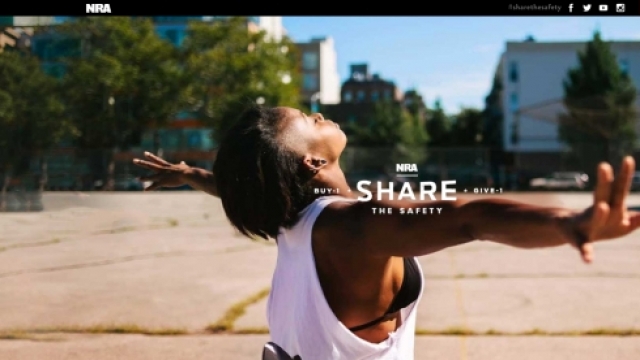 A "buy one, donate one" campaign for guns is actually an elaborate hoax.

The National Rifle Association isn't actually giving out free guns to people in poor, urban areas. But a dedicated hoax campaign sure wanted to make it seem that way.

A narrator in a fake ad campaign said: "Too many poor Americans have never known the pride and security that comes from owning a firearm. Won't you help share the freedom and responsibility that you enjoy?"

"Share the Safety" seems to be modeled after the "buy one, donate one" business strategy used by TOMS shoes and Warby Parker glasses. The campaign claims that for every gun they sell, they'll donate one firearm to "an at-risk American citizen in the urban center of their choice."

Again — that's all fake. Despite the official-looking website, Twitter account and press release, there's no such program called "Share the Safety." Both the NRA and gun manufacturer Smith & Wesson, also implicated in the hoax, denied they were involved in the campaign's creation.

But for an internet prank, it's an extensive one. Several outlets that called the number listed on "Share the Safety's" press release were met with the program's alleged spokesperson, "Hensley Cocker," who went on at length about a schism in the NRA between supporters of Colt and Smith & Wesson.

NRA spokeswoman Jennifer Baker told Marketwatch the organization was looking into legal action against the hoaxsters. It's worth noting that the NRA and other organizations are allowed to give away guns for free — they just usually don't do so in such an indiscriminate manner as this campaign.