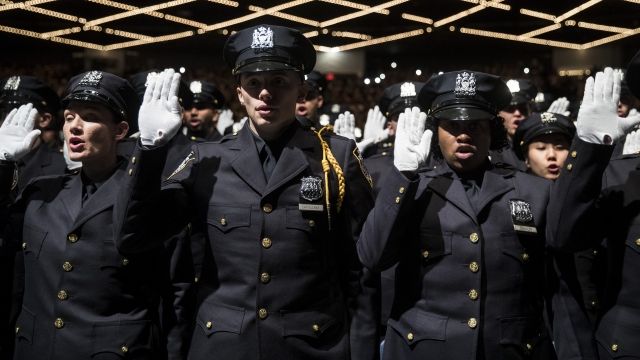 According to documents obtained by The Guardian, the NYPD regularly sent undercover officers to monitor, follow and film BLM activists.

The information was made public thanks to a freedom of information lawsuit filed by a New York law firm. The documents shed light on how the NYPD monitored demonstrations in the city after the death of Eric Garner.

The unarmed black man died while being arrested by a New York officer in July 2014. Black Lives Matter activists demonstrated in the days and months that followed, mainly in New York City's Grand Central Station.

According to previous reports, undercover NYPD officers monitored those demonstrations in plain clothes. The Guardian's latest report confirms that.

Some of the emails between officers singled out activists, labeling them as the "main protester." Other emails called the protests "peaceful" and "quiet."

The Department of Justice is asking a federal judge for more time to look over a suggested plan that would overhaul Baltimore's police department.

This could be bad for the department. Its own guidelines prohibit the investigation of political groups unless there's knowledge that the group has committed a crime or plans to do so.

In the entire surveillance document dump, there's only one mention of an arrest, raising questions as to why the department continued the surveillance.

As of Tuesday evening, the department had not made a statement about the documents.