The Oscars Have An Embarrassingly Long History With Race Controversy 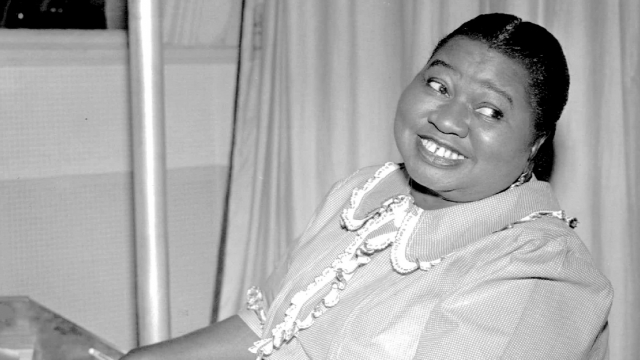 Hattie McDaniel was the first African-American to win an Academy Award, but her career in Hollywood was still plagued by racist incidents.

One of the most talked about stories surrounding this year’s Academy Awards is the #OscarsSoWhite controversy, prompted by a lack of diversity in the award show's nominations.

Racial issues have plagued the film industry for decades, as highlighted by the first black Academy Award winner, Hattie McDaniel. McDaniel won the award in 1940 for her portrayal of a slave named Mammy in "Gone With the Wind."

McDaniel was reportedly segregated from her white co-stars at the event, forced to sit at a table in the back of the room. After the Academy Awards, McDaniel had to celebrate elsewhere too, as the clubs were still separated in the 1940s.

Much like Will and Jada Pinkett Smith are planning to do this year, McDaniel’s co-star Clark Gable considered skipping the awards ceremony over segregation. McDaniel reportedly had to convince Gable to change his mind.

Although McDaniel got her star on the Hollywood Walk of Fame, she still faced discrimination after her death. She was denied a spot in the Hollywood cemetery due to her race.

Hollywood has certainly come a long way since McDaniel’s Oscar win, but there’s still progress to be made. It took 50 years for another black actress to take home an Oscar, when Whoopi Goldberg won for her role in "Ghost."

This video includes clips from CBS, Metro-Goldwyn-Mayer and The Academy of Motion Picture Arts and Sciences and images from Getty Images, Kate Gabrielle / CC BY 2.0 and Loren Javier / CC BY ND 2.0.