Could The India-Pakistan Conflict Go Nuclear? An Expert Explains. 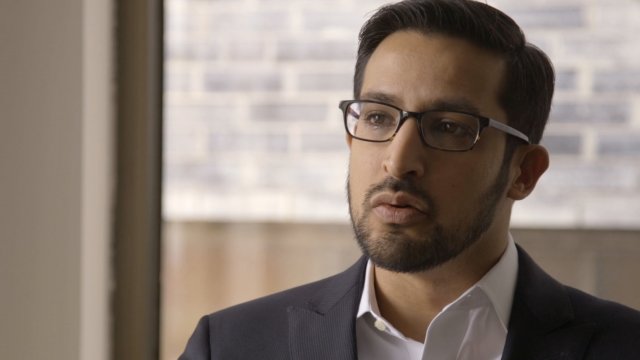 The two countries are both nuclear powers and have been in conflict since 1947.

If experts could describe the relationship between India and Pakistan in one word, it'd probably be adversarial. And that adversarial relationship has lasted, well, since the countries were created. Let's rewind to after the end of World War II. The British decided to back out and what was known as the British Raj was split in two, which is where the problems really started.

"It was fairly hastily decided. There were some sort of basic principles or plans for divisions but they weren't fully adhered to. ... What evolves from that is still something both India and Pakistan have to take ownership of. Which is a fairly nasty process," Sameer Lalwani, an expert on the region with the Stimson Center, recently told Newsy.

That's led to three major wars and consistent fighting across the border. There have been attempts to get along but something always goes wrong, sometimes because of terrorism.

"In public statements, Pakistan is much more of a vocal advocate for conflict resolution. Whenever the two parties are close resolving this or getting the process started, spoilers tend to emerge from the Pakistani side. On the other side, India routinely seems to eschew the the possibility of conflict resolution by prioritizing the issue of terrorism above all else," Lalwani said.

You may be thinking this doesn't concern us here in the U.S. If this is a fight between neighboring countries and doesn't really leave the borders, why should you care? Nukes.

"It's the only place in the world where you have two nuclear powers that regularly, almost on a daily basis shooting at each other. When people think about the highest risk of a nuclear war, the highest probability seems to be with India and Pakistan just because of the daily kinetic activity that doesn't exist with North Korea. That doesn't exist with Russia and China," Lalwani said.

A new report is hoping to keep nuclear security in the international conversation.

That nuclear component has forced the rest of the world to pay more attention to the region, but if there's going to be an ending to the conflict, Lalwani thinks it's likely going to be bilateral and incremental. It's in their rational and strategic interests.

"We might be more hopeful for something like modus vivendi, which is sort of a live and let live situation rather than a full-fledged conflict resolution formalized process, but a modus vivendi can sort of lead to a conflict resolution. Like cease-fires can eventually can become the basis for peace accords if you can get to that stage," Lalwani said.