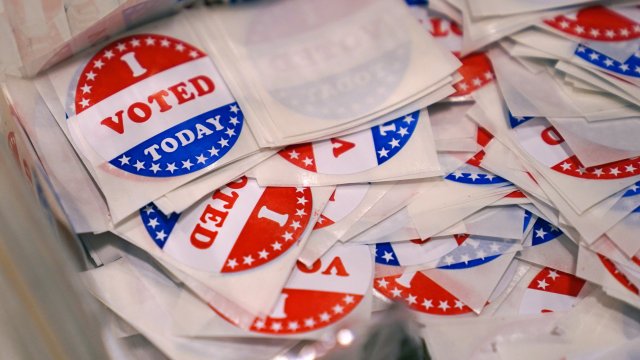 Coast to coast, from sports leagues to unions, there was an aggressive push Tuesday to get voters registered.

Just seven weeks before the critical midterm elections, operatives from both parties are trying to ensure their voters will be the ones showing up.

As states log record turnout in primaries this year, history shows an upward trend, with registration climbing for midterm elections and turnout spiking even faster.

Support for President Biden spiked to 45%, according to a poll by The Associated Press-NORC Center for Public Affairs Research.

It's a trend activists hope to continue in an election season that will set the course for a Republican party trying to find its footing post-Trump, and a Democratic party seeking validation for an ambitious vision of the future.

It's a complicated picture in a midterm election like no other, yet just like every vote before it, it's one that all boils down to who gets registered and who shows up.