The President's Plan To Save Vanishing Bees, Pollinators 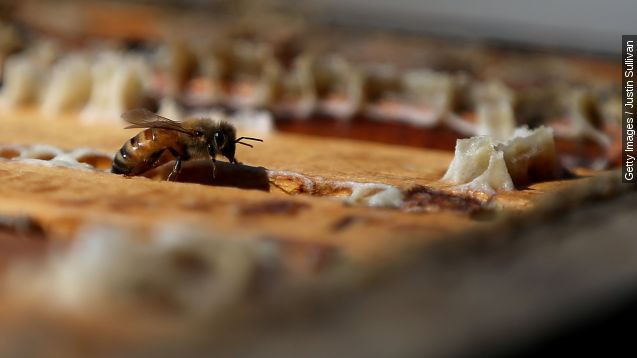 The Obama administration released its plan Tuesday to help reverse the disappearance of U.S. honey bees and other pollinators.

Honeybees are disappearing. (Video via U.S. Department of Agriculture)

But President Obama has a plan. (It's not this.) (Video via The White House)

On Tuesday, the Obama administration revealed its plan, which was obtained by The Washington Post, to combat the trend of disappearing honeybees. (Video via Vimeo / Soulful Journey)

Labeled as the "National Strategy to Promote the Health of Honey Bees and Other Pollinators," the plan is the brainchild of President Obama's Pollinator Health Task Force, which he created last summer.

So what’s this plan then? Well, the overarching theme is saving pollinators such as birds, butterflies, bats and, of course, bees. (Video via Flow Hive / Mirabai Nicholson-McKellar)

That'll be accomplished through a combination of research and development, improving pollinator education, managing the replanting of burned forests, updating federal building standards to support pollinators and creating a seed bank of specific plants for pollinators. (Video via Florida Department of Agriculture and Consumer Services)

It sounds like a lot, but according to the Natural Resources Defense Council, nearly one-third of all honey bee colonies in the country have disappeared in a pattern called colony collapse disorder, the product of several possible factors, ranging from pathogens to certain pesticides. (Video via Will Stewart / CC BY-NC 3.0)

It’s also going to try to increase the Eastern population of the monarch butterfly to 225 million by 2020, from about 50 million last year. (Video via Natural Resources Defense Council)

Still, speaking to The Washington Post, a biology professor from Simon Fraser University says there'll be little change for pollinators if agricultural producers don't change how they use pesticides. (Video via U.S. Department of Agriculture)

Honeybee pollination by itself is believed to contribute more than $15 billion to the U.S. crop economy annually.