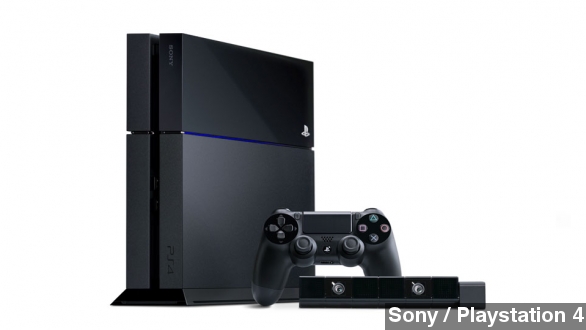 The sales add up to the most game consoles sold in one day — ever.

After all the hype, commercials and comparisons, eager gamers bought one million PlayStation 4 consoles in North America alone in the 24 hours after its release.

Many are estimating this will be largest game console release ever — that is, of course, if Microsoft’s Xbox One doesn’t steal the PS4’s thunder later this week.

To help paint the picture of how big a release this is, here are the numbers for all other major releases. (via Playstation)

An even more impressive stat is the number of consoles Sony plans to sell.

“For PS4 we’re planning to sell 5 million units by the end of our financial year, which is the end of March.” (via CNN)

But Ubergizmo says five million by March is a very lofty goal that Sony might not be able to reach.

“ … the scope of this ambition might prove to be beyond reach, especially when you consider that the Sony PS4 will not launch in Japan, its home country, until February next year.”

The PS4 is the first game system release by Sony in seven years which undoubtedly helped in the record breaking release, but there have been problems. (via IGN)

According to Geek.com, many gamers are reporting a blue pulsing light when the game system randomly shuts off and doesn’t come back to life. It’s been dubbed (pause for dramatic effect) the blue light of death.

Sony released a statement acknowledging the issue and published a troubleshooting guide to help address the problem.

The entertainment company also downplayed the supposed ‘widespread’ problem and claimed the ‘Blue Light of Death’ has only killed the gaming for 0.4% of PS4 owners. ( Via YouTube / Xyle Harkan)

The PS4 will be released in Europe and Latin America on November 29th but will not debut in Japan until February of next year.