Sexual Assault In Health Care Happens More Than You May Know 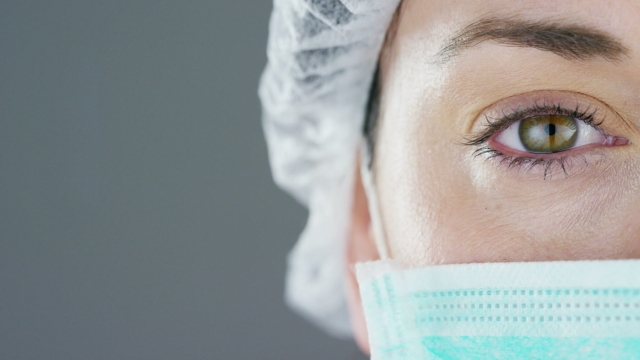 Dr. Lauren Powell, executive director of TIME’S UP Healthcare, says half of female med students will be sexually harassed or assaulted by graduation.

“Political contributor Mark Halperin will no longer be appearing on the network.”

One by one, powerful, famous men were being challenged through the #metoo movement.

"I'm fighting for my life."

But what about the not-so-famous people in other industries?

TIME’S UP was formed in 2018 by women in the entertainment industry who quickly realized the need to expand into other career fields.

TIME’S UP's legal fund assists with cases of every day women facing sexual harassment and discrimination in the workplace. The health care industry is no exception.

“Women actually make up 80% of the workforce in health care but only 20% of leadership positions.”

Dr. Lauren Powell is the new director for Time’s Up Health Care. According to the organization, the health care industry is second only to entertainment in the complaints TIME'S UP received.

“Nearly 50% of women who have gone through medical school will by the time they have graduated will have been sexually harassed or assaulted. It’s very underreported so it’s likely that estimate is even higher in reality.”

The stories are harrowing, from inappropriate propositions to assault. For women in the field, it’s nothing new.

“I want all the girls watching here today to know, a new day is on the Horizon.”

“What did it mean to you as someone who has worked in health care for a long time, for someone who is a woman in a male dominated world, when Oprah said, ‘Your time is up?”

"Oh, gosh, it was so invigorating.  Having been a black woman working in a position of leadership, as a state health official in Virginia experiencing the intersection of oppressive, you know, forces of both race and gender. I was so excited to know that there was an organization that was being created, that would focus on me."

According to Powell some change comes from within the industry, but widespread change can begin in Washington.

TIME'S UP is a non-profit and won’t endorse a 2020 candidate. Early in the campaign season, however, the organization expressed a need to hear more policies on women’s issues.

"We have to play a game called name your favorite woman president. "

According to a TIME'S UP analysis of the six DNC primary debates so far in 2019, the moderators have asked…one question on sexual harassment; one on paid leave; one on child care; and two on pay equity. That’s five this campaign cycle compared to 8 questions over the last two decades.

“This is clearly a conversation that the nation wants to continue to have. And that is imperative, I think, to us moving forward as an equitable society. “