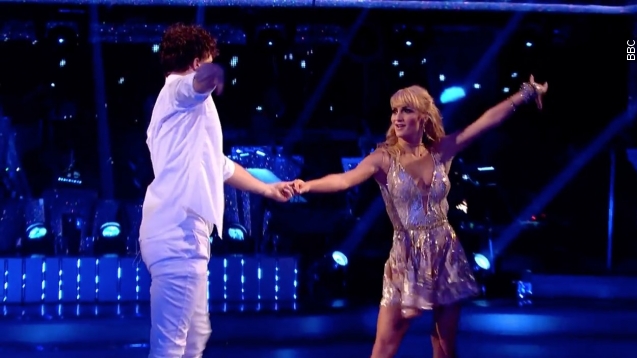 Professional dancer Aliona Vilani has announced she will not be returning for what would be her eighth season of "Strictly Come Dancing."

Shortly after winning "Strictly Come Dancing's" 13th season, professional dancer Aliona Vilani announced she will not be returning to the show, and now we might know why. (Video via BBC)

An anonymous source reportedly close to Vilani and her husband told The Sun: "Aliona loves children and is ready to have a family. They are going to start trying straight away."

"The Wanted" singer Jay McGuiness helped Vilani capture her second win in seven seasons, but the two faced, and denied, rumors of romance during much of the season.

Vilani recently tweeted, "Going into this Strictly Come Dancing Series13, I decided that no matter what would happen, it will be my last one."

Vilani still has one last live tour in early 2016 before she says goodbye to the show for good. (Video via BBC)