The Science Behind COVID Booster Shots 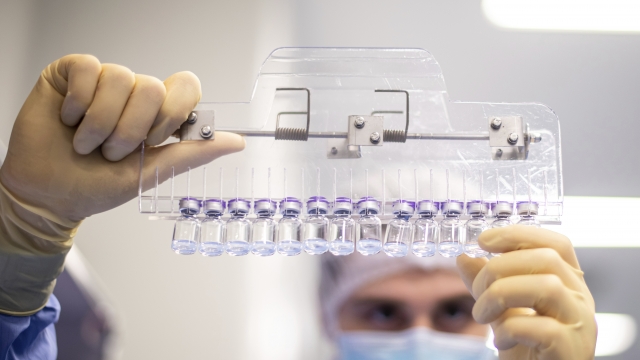 A virologist says there's not much we can do to stop the virus from mutating, but we can control how much copying of the COVID virus goes on.

Andy Pekosz investigates the replication and disease potential of respiratory viruses. Keeping him up right now is the future mutations in this variant versus vaccine race.

"Right now it begins and it ends with Delta variant," he said. "Delta is now been replicating so much in the human population that we're seeing little subgroups of Delta variants, so almost variants of the Delta variant, if you will."

He says there's not much we can do to stop the virus from mutating, but we can control how much copying of the COVID virus goes on.

"If we limit the number of people getting infected, we limit the opportunities for that virus to accumulate mutations," Pekosz said. "That's where we as people can really step in with our public health interventions, with our vaccinations, we can lower the amount of virus that's replicating and therefore we make it less likely that mutations that allow the virus to behave better will emerge."

So, let's talk about vaccines-first and foremost, months of scientific data from study after study shows the mRNA and J&J COVID shots are safe, and they are highly effective at keeping people out of the hospital or dying from COVID.

But what about those breakthrough cases we've heard about, from U.S. Senators, to athletes, to a cluster of people in Provincetown, Massachusetts?

Those mild infections are an indicator of why Delta is ahead in the variant versus vaccine race.

Newsy reconnected with Ghandi after speaking first in late May about whether we'd need boosters. At that time, COVID cases of then yet-to-be-named Delta were first reported in Texas and Louisiana.

"Let's kind of calm down that dialogue just by looking carefully at the studies," Ghandi said.

Now the studies are out. Seventy-six pages from the FDA and Pfizer analyze Pfizer's booster's trial data.

Another from Israel's Health Ministry shows adults over 60 have been able to get boosters for a short time.

And a major new study in the New England Journal of Medicine looks at Israel and shows a third dose prevented infections and severe illness in adults 60 and older, for at least 12 days.

So what does the Pfizer and FDA data that is being looked at in this meeting show about how good a booster can help protect against Delta?

"They really couldn't go there with all the mixed data with observational and epi studies. It was pretty much an antibody based study," Ghandi said. "What they said is we have shown that if you give a third booster, you're going to get a 50 percent rise in neutralizing antibodies. And we know that the Delta variant needs these high levels of antibodies. An antibody based only study is likely to not convince an FDA that knows about immunology. So I don't think that's going to sway them very much. It's just showing some antibody based data."