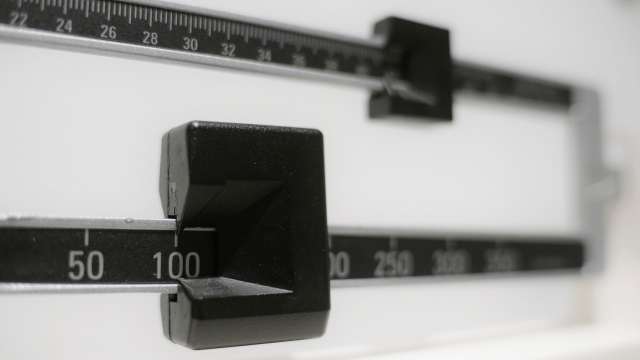 Back in October Elon Musk got attention on Twitter not for a hot take — but for his physical shape.

A fan asked: what’d he do to get fit?

Musk said fasting and also Wegovy. The FDA approved the drug for chronic obesity in 2021. It was the first new approved obesity med in seven years. Now some are flocking to a new generation of injectable drugs to treat obesity or lose extra pounds. On TikTok hashtags of prescription drug names have gone viral. #Wegovy has 148 million views, #Ozempic 386 million views, and #Mounjaro 267 million views.

"Mounjaro is the hot new medication that we’re all excited about just came out last month, FDA approved for diabetes only right now but it’s already being used off label for obesity. I’m a board certified family obesity doctor and I’m already using it for both of these reasons as well," said Jennah, an MD also known on TikTok as @weightdoc.

Alissa Dee lost 32lbs; user Karolina Ochoaa lost 80. The online hype has skyrocketed demand. Wegovy and Ozempic are in short supply, according to the FDA. It’s also raising new questions about how to treat obesity patients.

For more than a century, doctors have tried to create pills to treat what the CDC considers a chronic disease.

The first pills introduced in 1892 and 1932 claimed to boost metabolism, increasing the body’s production of heat and burning fat.

But patients who got the drug in pharmacies suffered damage to the thyroid, eyes, and nerves.

In the 1990's, drugs like "fen-phen" suppressed appetite by lowering the amount of serotonin in the brain. But, the FDA recalled the medicine in 1997 after patients suffered side effects including heart and lung problems.

It also impacts the way the brain judges how hungry and full we feel. In studies of Mounjaro, which uses a similar active ingredient. Animals given the drug appeared less hungry, so they ate less and they used less energy, so their metabolism lowered the desire for food.

In its approval, the FDA said many of the clinical trial participants for the diabetes medication were obese and lost an average of 15 to 23lbs.

New guidelines released on how to treat children with obesity

The American Academy of Pediatrics recently issued the first new guidance in years on treatments for children with obesity.

Wegovy’s fat-busting potential became clear in 2022 in a study published in the New England Journal of Medicine.

Of the 2,500-plus patients with high body mass indexes, those on the drug lost up to 20% of their body weight, according to drugmaker Eli Lilly. Those taking a placebo lost 3%.

In November, social media posts celebrating Ozempic as a weight loss drug drove up demand for the medicine.

It put it out of reach for some patients who needed it urgently.

"Because of the unfortunate TikTok trend, we're running out of Ozempic for diabetics. For diabetics this is a life-saving medication, for heart attack and stroke," said Dr. Frank Chae, who works at Sky Ridge Medical Center.

And the FDA is now considering approving Mounjaro — technical name Tirzepatide, to be used for obesity.

These new medications can have side effects, though they’re considered less severe than those of obesity drugs in the past. For Mounjaro: "the most common side effects reported by patients were nausea, diarrhea and decreased appetite."

In their approval of Mounjaro, the FDA noted the diabetes medicine caused certain thyroid tumors in rats. And it was unknown if it could cause such tumors in humans.

Demand for the drugs may only rise as the FDA recently approved Wegovy for use in children ages 12 or older.

But the cost of the medicines, often more than $1,000 per month, is more than many patients can afford. Many health insurance plans are not covering the drugs.

Doctors say someone should take the meds and keep a healthy diet and exercise, especially when it comes to wanting a lighter body.

Here’s how the Mayo Clinic puts it: "weight-loss drugs aren't an easy answer to weight loss. But they may help you make the lifestyle changes that you need to practice to lose weight and improve your health."