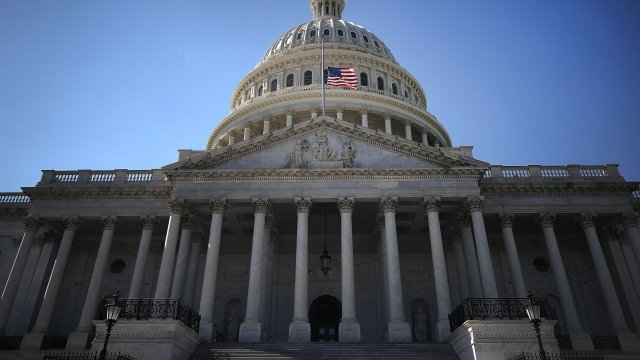 The congressional nonpartisan Joint Committee on Taxation released its findings on the Senate tax plan as Senate Republicans were gathering votes.

A new evaluation from the congressional nonpartisan Joint Committee on Taxation says the Senate tax plan might actually add over $1 trillion to the deficit.

The report seems to contradict the White House and Senate Republicans' prediction that economic growth from the tax plan would help keep the proposal revenue-neutral.

The White House is expecting a 3 to 5 percent gross domestic product boost from the bill — the JCT thinks that growth is more likely to be an average of about 0.8 percent over the next decade. That growth would only pay for about $407 billion of the bill's predicted $1.5 trillion cost.

The report was released just as Republicans were lining up the 50 votes they need to pass this tax proposal in the Senate. Almost all GOP senators support the bill, with a few holdouts voicing concerns.

It's not clear if the JCT report will hurt the GOP's efforts to pass the bill. The Senate is expected to vote on the tax plan either Thursday or Friday.