'The Shape Of Water' Leads The 2018 BAFTA Film Nominations 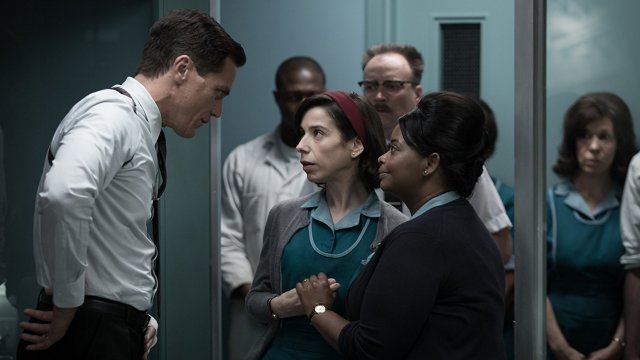 The three films that received the most BAFTA nominations should sound familiar if you watched the Golden Globes.

The nominations for the 2018 British Academy of Film and Television Arts' movie awards are out, and the nominees should sound pretty familiar — especially if you watched this year's Golden Globes.

Leading the pack with 12 nominations is "The Shape of Water." It's nominated for big awards like best leading actress, best supporting actress and best director.

"Darkest Hour," starring Gary Oldman as Winston Churchill, got nine nominations. Oldman is up for lead actor after winning best actor in a drama movie at the Globes Sunday.

The BAFTA Film Awards are essentially the U.K.'s version of the Oscars. The awards ceremony will take place Feb. 18.