'The Shape Of Water' Leads The Pack Of 2018 Oscar Contenders 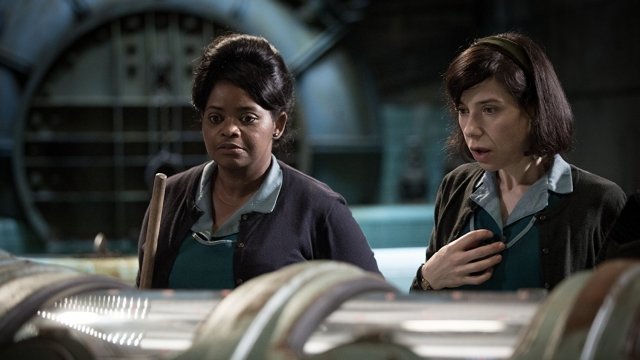 Other movies that garnered quite a few nominations include "Three Billboards Outside Ebbing, Missouri" and "Dunkirk."

The nominations for the 90th Academy Awards were announced Tuesday, and there were definitely some favorites.

"The Shape of Water" led the pack with 13 nominations, including nods for best director, original screenplay and best picture.

And no surprise here: "Three Billboards Outside Ebbing, Missouri" was nominated for seven awards, including best picture, lead actress and supporting actor.

One of 2017's biggest hits — "Get Out" — scored nominations for best picture, lead actor, directing and original screenplay. The only horror film to ever win the best picture Oscar was "The Silence of the Lambs" in 1992.

Other films up for best picture include "Call Me by Your Name," "Darkest Hour," "Dunkirk," "Lady Bird," "Phantom Thread" and "The Post."

Jimmy Kimmel is once again hosting the Oscars ceremony, which will take place March 4.