The Socialist Party's Candidate For President Also Works At Wal-Mart 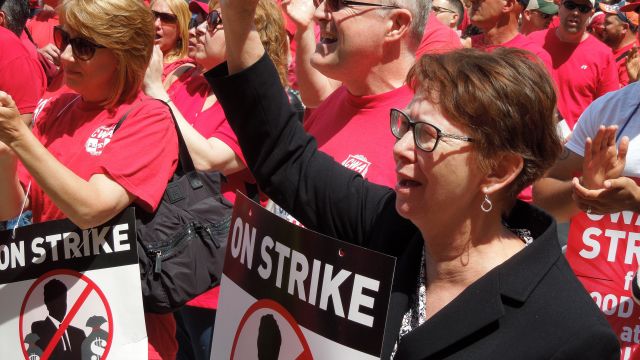 Alyson Kennedy is the Socialist Workers Party candidate for president. She's on leave from her job at Wal-Mart to campaign.

"Both parties, the Democratic Party and the Republican Party, have pushed back workers' rights in this country," Kennedy told us. "They do nothing to defend our rights."

The Socialist Workers Party aims to be on the ballot in nine states. That's not enough to win, but Kennedy hopes it's enough to put her party on the political map.