The State Of Hallucinogen Studies 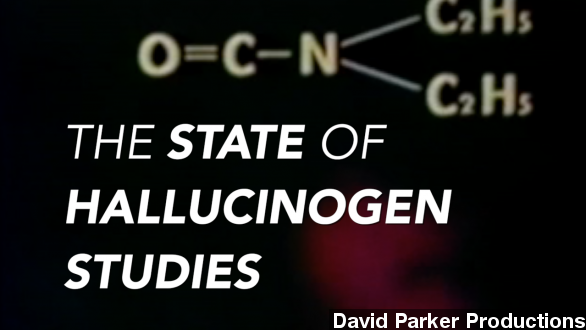 Scientists are looking more and more into the potential benefits of hallucinogenic drugs, decades after research slowed down.

Science thinks there’s more to some hallucinogenic drugs than what meets the eye.

But only 118 of nearly 4,600 studies currently listed on the National Institutes of Health’s clinical trials tracker concern hallucinogens — that’s just 2 percent of the total.

“In addition to their short-term effects on perception and mood, hallucinogenic drugs are associated with psychotic-like episodes that can occur long after a person has taken the drug.”

Production of and research into LSD, for example, was largely hamstrung in the 1960s. In the 1970s the drug was placed on the U.S. Drug Enforcement Administration’s Schedule I; listed as having a high potential for abuse and having “no currently accepted medical use.”

That means researchers haven’t had many opportunities — much less funding — to study how LSD and drugs like it affect the brain.

So recent reports like this one in Nature are perhaps no surprise: Researchers found schedule I restrictions make it difficult to perform research studies on various drugs.

Difficult, but not impossible. The New York Times’ science columnist John Tierney talked to The Takeaway:

“There’s been a turning point over the past decade where gradually, thanks to new safeguards, new protocols, researchers have gradually won permission to start doing more trials,” Tierney said.

The DEA says the effects of Psilocybin, found in magic mushrooms, include hallucinations and possible panic attacks at high doses.

Researchers have found it could also help smokers permanently kick the habit, or reduce existential stress in cancer patients.

“In our cancer trial we found one dose of psilocybin had immediate reduction in anxiety and depression. And it lasted for weeks to months, which is a unique finding in psychiatry,” said Doctor Stephen Ross, at the NYU Langone Medical Center. (Video via The New Yorker)

Of course, limited funding also meant the smoking study only had 15 subjects and no controls. Matt Johnson, a researcher at the Hopkins School of Medicine, characterized it as a “roadblock.”

LSD, or Acid, can trigger visual and auditory hallucinations and cause an altered perception of time.

And a 2014 study from the Multidisciplinary Association for Psychedelic Studies (MAPS) found it can reduce anxiety, by “allowing the participant to encounter his/her own inner realities during an emotionally intensified dream-like ‘journey.’”

The association expects testing to get easier now that government agencies are cooperating.

“The challenge is no longer convincing regulatory agencies of the value of this research, but finding the financial resources…”

MDMA, also known as ecstasy, can give users a sense of euphoria, increased energy, and can boost their desire to touch and be touched.

Studies in 2010 and 2012 showed MDMA-assisted psychotherapy cured more patients with PTSD than those treated with psychotherapy alone. And they stayed healthy. It’s thought the drug made it easier for patients to confront memories that trigger their PTSD.

Other researchers at Imperial College London are just happy to have the chance to examine how MDMA affects the brain.

“This is the first time people are being given the opportunity to see clinical research essentially as it happens. There’s a certain honesty about that, and I think there will be a benefit to the general public, and to us,”  said Dr Robin Carhart-Harris. (Video via Imperial College London)

MAPS is now planning a third phase of MDMA therapy testing, to involve hundreds of subjects in multiple countries.

This video includes images from Erik Fenderson, Coaster420, Willy Turner and the Multidisciplinary Association for Psychedelic Studies / CC BY SA 4.0.