Democrats Have An Edge In The 2020 Race For Congress 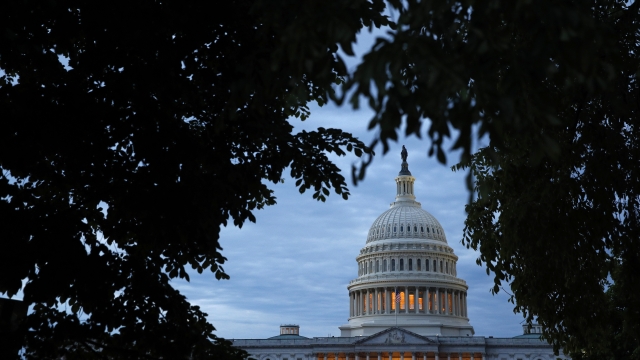 With the election about 100 days out, the Cook Political Report ranks six seats as tossups, and all of them are currently held by Republicans.

With the November election inching closer, experts say Democrats have an edge in the race for control of Congress.

"If you look at sort of the three, the three big federal races — so president, overall race for Senate, overall race for House. The thing that I probably feel the most confident about is the Democrats holding the House," said Kondik.

Democrats currently hold a 33-seat majority in the House after flipping about 40 seats in the 2018 midterms. Those freshman Democrats would normally be among the most vulnerable, but Kyle Kondik from the University of Virginia Center for Politics says that's not necessarily the case.

"It's not obvious that the Democrats are going to lose those seats. I mean, they might, but those Democrats seem to be holding up pretty decently so far, and Democrats have a great fundraising edge in a lot of their most vulnerable seats," said Kondik.

In the Senate, Republicans currently have a three-seat majority. With the election about 100 days out, the Cook Political Report ranks six seats as a tossup, and all of those seats are currently held by Republicans. That gives Democrats a chance to grab the majority in November.

"Democrats have really expanded the map, and we have seen more states move into the competitive column. ... And then you have the pandemic and the economic collapse and really a view that Trump has badly mangled this, and voters are blaming Republicans for this, and a Republican Senate, especially," said Jessica Taylor, Senate and governors editor for the Cook Political Report.

In all, there are 35 Senate seats up for grabs in 2020. Races to watch include Colorado, Georgia, Iowa, Maine, Montana and North Carolina. In Alabama, Democratic Sen. Doug Jones is at risk of losing to Republican challenger Tommy Tuberville. And Taylor says the most vulnerable Republican is Sen. Martha McSally of Arizona.

"Martha McSally there, she's running against Democrats' best recruit in Mark Kelly, who has double the cash on hand that she has. And also, she was appointed to this seat, and she's having to run again two years after losing this race. So that puts her in a really distinct disadvantage," said Taylor.

But all the general election candidates for the House and the Senate aren't set yet. Eighteen states have primaries scheduled in August or September.