The Syrian Chemical Attacks Will Finally Be Investigated 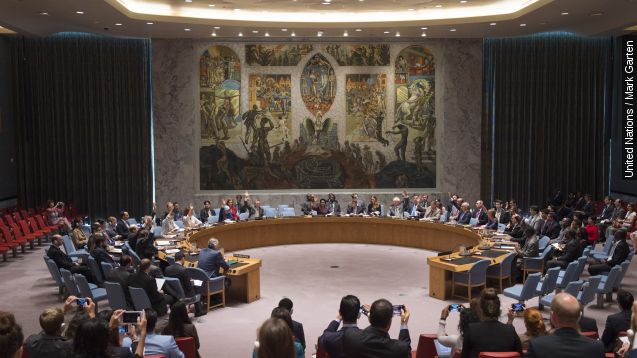 After months of building evidence of chemical weapon attacks taking place in Syria, the UNSC has voted to find out who's responsible.

The United Nations Security Council has voted to investigate the use of chemical weapon attacks in Syria. (Video via Syrian Civil Defense)

It was passed unanimously by all 15 member states.

But there's been evidence of chlorine attacks since then.

No one has been officially blamed for the attacks yet.

The U.S. has pinned the latest attacks on the Damascus, while others have been more hesitant to point any fingers.

This newly adopted UNSC measure will form a panel to figure out who's repsonsible.

This video includes images from United Nations / Mark Garten and music by Josh Woodward / CC BY 3.0.