The Thinking Behind eBay Splitting With PayPal 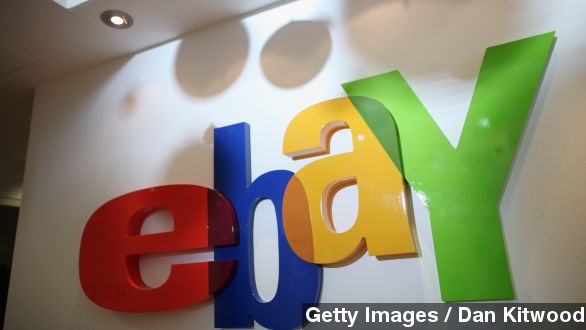 In a major reverse in course, eBay announced Tuesday it would be splitting with its faster-growing business, PayPal.

In a major reverse in course, eBay is spinning off its PayPal business into a separate, publicly traded company next year.

EBay CEO John Donahoe said in a statement although the two companies had benefited from each other, "keeping eBay and PayPal together beyond 2015 clearly becomes less advantageous to each business strategically and competitively."

The move is a seen as an about-face for eBay's board, which had firmly resisted calls to spin off PayPal.

The loudest call came from billionaire investor Carl Icahn. In a highly public feud earlier this year, he pressured eBay to split the companies as a way to increase value for shareholders.

The thinking was, PayPal  — the faster growing of the two — would demand a much higher valuation in the marketplace if it were independent of eBay. (Video via PayPal)

Icahn backed off his demand in April when he agreed to take a board member position. But Tuesday's news, as Fortune's John Kell puts it, is seen as basically "an admission that Icahn had been right all along."

The mobile payments business has become more competitive in recent months, with other companies like Apple and Google now on the scene.

PAUL SWEENEY, BLOOMBERG ANALYST: "PayPal by being a separate business is in a better position to go out and forge new business relationships with other retailers in the marketplace."

Once the tax-free spinoff is complete sometime in the second half of 2015, Donahoe will step down as chief executive but stay on the boards of both companies.

EBay's stock went up 11 percent at the news — which meant a big payday for Carl Icahn, who, according to Business Insider, made $180 million Tuesday morning.