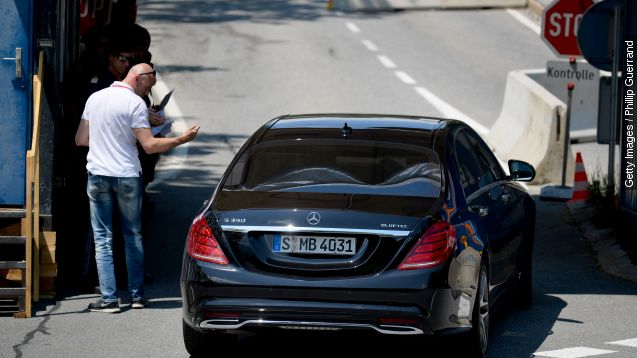 This weekend wraps up the 2015 Bilderberg Group, a secretive annual conference attended by American and European leaders in politics and business.

If your friends are former Prime Ministers, bankers, or captains of industry, good luck getting in touch with them this weekend — they're all hanging out together, without you, at an Austrian mountain resort.

They're at the Bilderberg Group— a conference that, since 1954, has invited about 130 American and European leaders of finance, business and politics to meet annually and discuss — well, no one really knows.

In the past, the Conference has been attended by politicians, including Bill Clinton, Rick Perry, and John Kerry; bankers like Ben Bernanke, Lloyd Blankfein, and Tim Geithner; and 4 of the last 5 British Prime Ministers.

But the Group is intensively secretive —  other than where it is and who's going, they say almost nothing about what happens there or what's discussed.

"People are looking at this as a conspiracy theory, and you guys can kind of clear the air right now," said Dan Dicks.

"There's no conspiracy, but we're not going to start making statements, either," said Simon Coveney, the Irish Minister for Agriculture and Defense.

If that sounds a little creepy to you, you're not alone. The secrecy and high-caliber guest list has made it a popular target of conspiracy theorists and drawn accusations that attendees are trying to bring about a world government.

“They want to bankrupt every family in the world except for a few dozen families so they can control you with their fiat currency and bring in total technocratic world slavery." said Alex Jones, a radio show host.

Members, on the other hand, say that's nonsense. They say the conference is no more than a chance to candidly discuss global challenges with global leaders.

This video includes images from Getty Images. Music by Birocratic / CC BY 3.0.