The U.S. Could Lose Its Measles Elimination Status By October 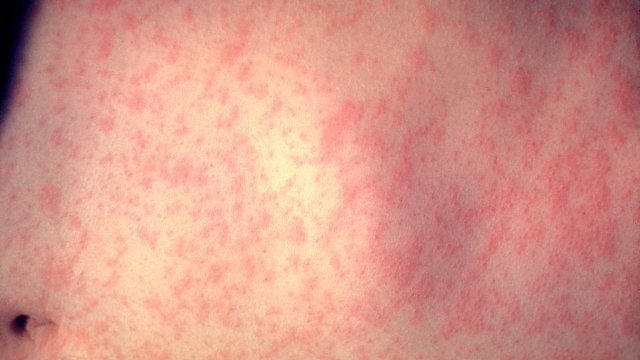 The United States declared measles had been eliminated in 2000.

The United States declared measles had been eliminated in 2000. Now, almost 19 years later, the U.S. could lose its measles elimination status.

According to CNN, the director of the CDC's National Center for Immunization and Respiratory Diseases said there's a "reasonable chance" that could happen as soon as October.

She told the outlet: "It certainly is incredibly frustrating and upsetting to the public health community that we may lose measles elimination status, because we do have a safe and effective vaccine."

And the consequences could extend far past American soil. Public health experts are afraid it will stymie the U.S.'s efforts to convince other countries to vaccinate their citizens.

As of Aug. 22, the CDC said there were 1,215 individual cases of measles confirmed in 30 states across the country. That's the greatest number of cases reported in the U.S. since 1992.

CNN says the CDC will release a detailed statement about the U.S.'s measles elimination status sometime next week.