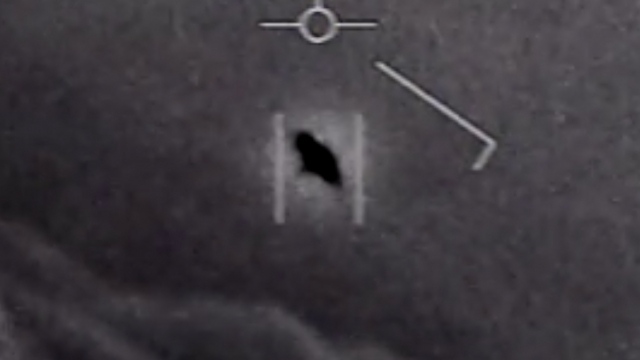 The long-awaited, declassified report on UFOs has finally arrived. But anyone looking for answers, or even a mention of aliens... will have to keep waiting.

The origins of mysterious objects, many reported by pilots over military bases, remain unknown…  And an array of aerial behaviors were documented -- the Office of the Director of National Intelligence saying they potentially have different explanations, from airborne clutter to American industry to foreign adversaries. The report also suggests the objects could be U.S. government technology -- diverging from what defense officials insisted decades ago:

“We can say that the recent sightings are in no way connected with any secret development by any Department of the United States,” Maj. Gen. John Samford announced in 1952.

Just 18 of 144 incidents displayed advanced technology, according to the report. But prominent figures say Friday’s nine-paged document is just the beginning.

"We cannot let this June 25 report be put in a library someplace and forgotten about and we need to continue working on it."

"When I first blew the horn on this, my staff told me, ‘Stay the hell away from this. It's nothing but trouble for you.’ But I'm so glad I did," Reid says.

Now with the report... a terrestrial twist: The former leader of that Pentagon program says staff tried to undermine him and suppress information. Lue Elizondo, who was the director of the Advanced Aerospace Threat Identification Program, has been speaking with the Pentagon’s Inspector General office, as it looks into the Defense Department’s handling of UFOs.

"Lou is hoping not only that they'll formulate a clear, consistent line, a narrative on this, but it will be a narrative that acknowledges the truth," says Daniel Sheehan, Elizondo's lawyer.

Then he went on to make an astonishing claim about UFO retrieval efforts that Newsy hasn’t confirmed -- and weren’t addressed in the report:

"There's a lot of evidence, very compelling evidence that the United States military, the Defense Department, has recovered more than one of these crashed UFOs. And there's ample evidence that they've been engaged in an aggressive program of trying to understand the technology and to back-engineer it, to try to create some sort of a weapon system using their technology or a spacefaring type of technology based on their technology," Sheehan said.

The Pentagon had no comment. Elizondo is bound by a nondisclosure agreement but says that if a foreign adversary was behind UFOs, that would be an intelligence failure on par with 9/11.

“I can certainly tell you from my experience--that we’re pretty confident that it’s not Russian or Chinese technology,” Elizondo told reporters at a Washington Post event.

He and a small team are getting ready to unveil a new organization, called Sky Fort, meant to “protect and support” military and government personnel in Unidentified Aerial Phenomena programs.

For now, security experts have more questions: about whether U.S. allies were asked to share data… and why only some UFO incidents were counted.

"I often wonder in recent days, what if I hadn't done this? I mean, it has opened up a new world for most everyone," Reid says.