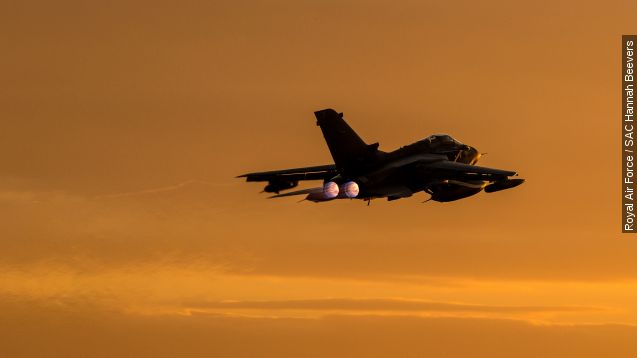 The U.K. launched its first airstrikes against ISIS in Syria.

The planes took off from a British air force station in Cyprus not long after Parliament approved the strikes.

The U.K. is already conducting airstrikes in Iraq.

Now it has joined France and the U.S. in conducting anti-ISIS airstrikes in both Iraq and Syria.

This video includes the song "Guardian" by Birocratic / CC BY 3.0.