The Unabomber Case Launched A New Science Using Only Words 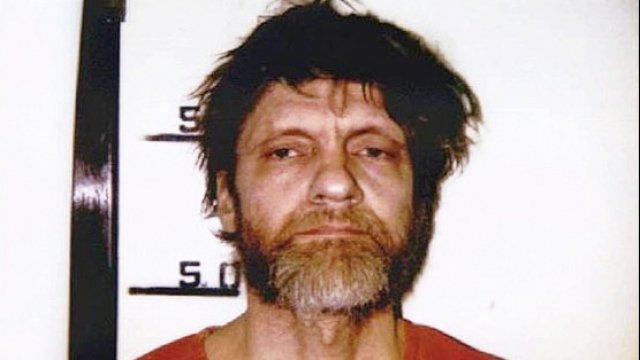 Ted Kaczynski carried out a string of bombings over a period of almost 17 years — until forensic linguistics led to his arrest in 1995.

The scientific field of forensic linguistics was popularized and legitimized during the Unabomber case.

Well before Ted Kaczynski was ever a household name, 150 agents with the FBI, Postal Service and Bureau of Alcohol, Tobacco, Firearms and Explosives worked to figure out who he was and why he was killing seemingly random people across the country, through the mail. They didn't have physical clues, so they had to rely on others — specifically, the bomber's written words.

It all began in the '70s. CBS reported that "beginning in 1978, a mysterious series of bombings across the country had killed three people and wounded 23 others."

"Unabomb" is short for "University and Airline Bombing" because the culprit initially targeted colleges and aircraft companies, leading initial profilers to assume the bomber was likely a less-educated man who once worked for the airlines. The bombs came disguised as ordinary packages addressed to anyone from professors to CEOs.

Part of the terror derived from the unpredictability. According to a BBC timeline, there'd be a string of attacks: May 1985, then June, November, December, and then silence until 1987.

The Obama-Era Panel Created To Improve Forensic Science Is Done

The U.S. Justice Department won't renew its partnership with a commission created in 2013 to improve reliability in forensics.

One dry spell lasted from 1987 to 1993, and then he was back with a vengeance, sending explosives to a computer scientist (June 24, 1993), then an advertising executive (Dec. 10, 1994) and a timber industry lobbyist (April 24, 1995). Along the way, the Unabomber sometimes sent letters, allowing FBI teams to analyze them and build a profile.

The Bureau now admits that "his occupation proved more elusive, with theories ranging from aircraft mechanic to scientist. Even the gender was not certain: although investigators believed the bomber was most likely male, they also investigated several female suspects."

Then, the turning point. In the mid-'90s, a new FBI profiler named James Fitzgerald, or Fitz, basically started from scratch and built something new: a picture that assumed the Unabomber held a doctorate and was secluded and highly intelligent.

Once a manifesto arrived in 1995, 35,000 words long, many of those assumptions were confirmed. The bomber was a man, using words like "broad" and "chick."

He also used the phrase "eat your cake and have it too," according to an NPR interview, suggesting the writer "had his roots in Chicago, Ill. because there was some terminology in there that was reflective of three or four newspapers in Chicago through the 30s, 40s and 50s." Eventually, The Washington Post published the full manifesto, and Kaczynksi's sister-in-law recognized some of the language. Her husband came forward, and the FBI found their guy.

The final step was getting a warrant to raid the bomber's rural cabin in Montana. A federal judge, for the first time in American history, says Fitz, approved the warrant thanks to the forensic linguistics evidence his team built clue by clue, word by word.