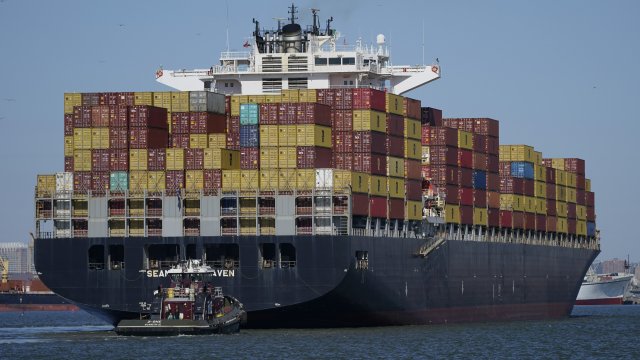 In 2019, less than one percent of the 60,000 cargo ships sailing the oceans used any type of alternative fuel.

Most countries have elected leaders. Some have dictators, others have monarchs.  No matter which one runs a country, they all make laws of the land. But those laws taper off offshore.

The first 12 nautical miles off the coast of a country are the territorial sea, and a country has full authority to enforce it laws there. But then it starts getting murky. Over the next 12 nautical miles is the contiguous zone. A country’s rules start to wane, but it has rights to protect itself.

This is also where we start measuring out 200 nautical miles to mark the exclusive economic zone, where a country has the rights to fishing and minerals.

Past this, it's no-man's land. No one owns it, because everyone owns it. And that’s why the United Nations created the International Maritime Organization, or IMO, which is responsible for safety and security on the high seas, and preventing ship pollution.

Those big cargo ships navigating the oceans are responsible for 90 percent of global trade, and they burn a lot of heavy oil to move the goods around the world.

In 2019, less than one percent of the 60,000 cargo ships sailing the oceans used any type of alternative fuel.

The IMO is working to cut greenhouse gas emissions, but the shipping industry, which generates as much carbon dioxide as all of America’s coal plants each year, works to  water down emission restrictions, block lower sailing speeds and fights to keep the worst polluting vessels sailing.

But the IMO is moving ahead with finalizing its emissions reduction plan by next year.

That’s not enough. Or fast enough for climate activists who want a zero emissions target, which would cost shipping companies more than two trillion dollars to implement.

The environmental group Ocean Conservancy accuses the IMO of delaying cuts to make the shipping industry happy, saying "The IMO has given shipping a clear greenlight to continue polluting for years to come.”

The IMO denies the criticism and claims shipping is less damaging to the environment than land-based transportation.