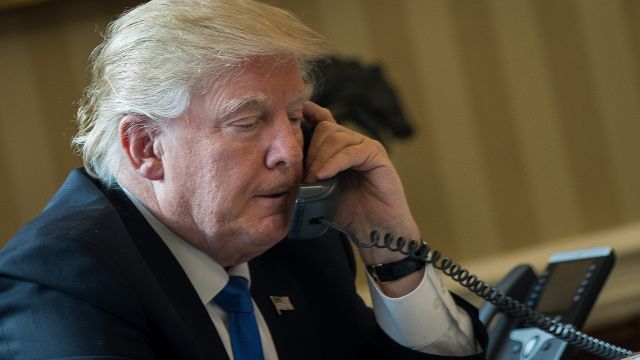 President Trump said he's going to study a "dumb deal" between the U.S. and Australia that involves refugees. Here's what that agreement says.

He complained about thousands of "illegal immigrants," called the deal "dumb" and said he would to look into it.

Well, let's look into it. First, these people are asylum-seekers who would come to the U.S. after being vetted. They would not be, as he said, "illegal immigrants."

And there aren't "thousands" of them. Based off government data from December, Australia had a total of about 1,250 asylum-seekers at processing centers on Nauru and Manus islands.

The Australian government will spend about $1.3 billion over the next five years to protect the famous reef.

Australia started sending asylum-seekers to Nauru and Manus islands in 2001 under what became known as the "Pacific Solution." The program was axed in 2008 only to resume in 2012 after there was an uptick in asylum-seekers arriving in Australia by boat.

The processing centers have become a humanitarian stain on Australia's government.

Both the United Nations and Amnesty International have condemned the camps for inhumane treatment and neglect and abuse of those being transfered. Some people have been in the camps for longer than a year.

Former U.S. President Barack Obama gave Australia an out. He agreed to vet and resettle 1,250 refugees in the U.S. over six to 12 months.

Despite his complaint, Trump has reportedly said he'll honor the deal. But it's unclear how he'll handle refugees coming from one of the seven countries he's banned, like Iran or Somalia.