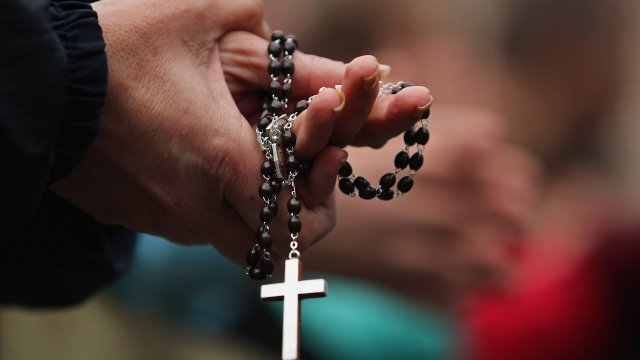 A top priest could stand trial in Vatican City for allegations of possessing child pornography.

The unidentified priest worked in the Vatican's U.S. Embassy in Washington, D.C. He could face a trial in Vatican City depending on the findings of the city's investigation.

This comes a few years after the Vatican charged its ambassador to the Dominican Republic with sexually abusing young boys. The ambassador died before a verdict was reached.

And one of Pope Francis' top advisers is currently facing sex crime charges in Australia.

Cardinal George Pell is one of the highest-ranking officials at the Vatican.

The pope declared "zero tolerance" for sexual abuse and created stricter laws to bring justice to survivors, but the scandals still continue.

In what some are calling a scathing report, the U.N. has demanded the Vatican remove all clergy who are accused or suspected child abusers.

A recent report suggests the church might have an institutional problem. It found one of the main causes of child abuse in the priesthood is the church's rule that prohibits priests from having sex.

The report also mentions the church's homophobic environment, priests' restricted contact with women and their easy access to children in parishes and orphanages.