'The Wiz' That Was: This Musical Was Around Before MJ And Diana Ross 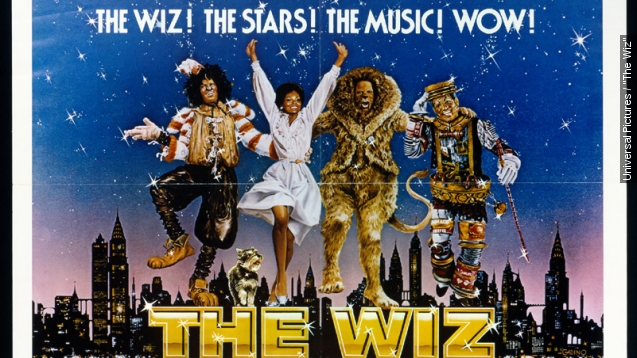 Iterations like 2015's "The Wiz Live!" and 1978's "The Wiz" film have the overwhelming success of the original Broadway play to thank.

Shanice Williams, Ne-Yo and Elijah Kelley are set to ease on down the road tonight, but they follow in the footsteps of Stephanie Mills, Tiger Haynes and Hinton Battle — the Broadway legends who made all of this possible.

But without the overwhelming success of the original Broadway play, "The Wiz" film, "The Wiz Live!" and its many other iterations may never have happened.

The original Broadway play took home seven Tony awards in 1975. One of those was best musical, making "The Wiz" the first black musical to win the coveted award and the only all-black cast to win it since.

"The Wiz" stayed on Broadway for four years and 1,672 performances.

Its "Ease on Down the Road," performed by Michael Jackson and Diana Ross, peaked at No. 19 on the Billboard Soul Singles chart and made it to No. 41 on the Hot 100.

Since the '70s, "The Wiz" has had several revivals all over the globe, including London, the Netherlands, Austria and of course the Big Apple.

Not to mention a pretty small national television production you may or may not have heard of.