There Is A Nationwide Shortage Of Monkeypox Vaccines 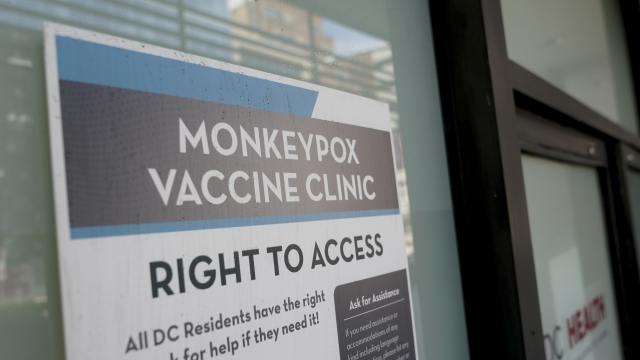 Health officials are now considering splitting the monkeypox vaccine dose due to a shortage of supply.

There is a shortage of monkeypox vaccines.

"The idea is, is that if you're able to give someone the smallest amount of dose, that still induces immunity," Cioè Peña said.

The new plan under consideration is to split one dose into five, an approach the Federal Food and Drug Administration says is safe.

"Im assuming that it's based on data that they're seeing immune response at much lower doses," he said.

The Biden administration's move to declare monkeypox a public health emergency is intended to speed up vaccine distribution.

"About 1.6 million Americans are in that high-risk group that needs to be, and that should get vaccinated," Jha said.

Health officials across state lines said that only the most vulnerable should be seeking a vaccine.

"We're also giving it out to groups that are at high risk. Where there's lots of monkeypox transmission right now, which are primarily men who identify as having sex with other men," Cioè Peña said.

According to the latest CDC numbers, the U.S. leads the world in infections with more than 7,100 cases.

In Chicago, officials are saying to "use common sense" ahead of this weekend's Market Days Festival. More than 100,000 people are expected to attend this popular LGBTQ+ event.

The virus is still spreading mostly among men who have sex with men, but health officials advise everyone is at risk because it spreads from close skin-to-skin contact.