There's A Chance The Doctor You're Seeing Is Sick, Too 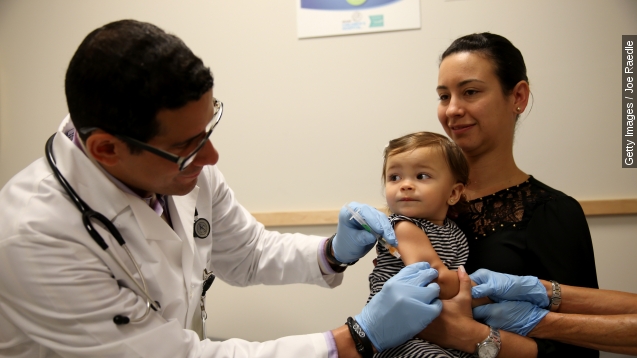 A recent study found that over 80 percent of doctors surveyed said they worked while sick, despite knowing the risk of spreading their illnesses.

Germaphobes might want to click out of this story now. A recent survey found 80 percent of doctors go to work when sick. Isn't "stay home and rest" one of their catchphrases?

Researchers surveyed hundreds of physicians at Children's Hospital of Philadelphia, and 83 percent admitted to having cared for patients when they themselves were sick at least one time in the past year. That's despite 95 percent of those surveyed saying they believe doing so puts patients at risk.

A pediatrician told NBC half-jokingly he thought the other doctors who said they stayed home were lying, but he did say, "I really do think it's out of good will and dedication."

The reasons doctors gave for working while ill fall in line with that sentiment. Of those who admitted to going to work sick, almost 99 percent cited not wanting to let colleagues down. Interestingly, not wanting to let patients down was cited by roughly 92 percent. Perhaps some believe the care they give outweighs the risks.

It's important to note the study surveyed only one hospital, so its findings may be limited. However, a review in 2013 found it to be the country's second largest children's hospital.

A corresponding editorial published by The JAMA Network said, "Creating a safer and more equitable system of sick leave for [health care workers] requires a culture change in many institutions to decrease stigma—internal and external—associated with [health care workers'] illness."

The editorial stressed prioritizing patient safety while still keeping workforce demands in mind. Almost 95 percent of doctors in the study cited staffing concerns as a major reason why they still went to work sick. This might be a reason why more than half said there's a strong cultural norm of doctors going to work unless they're "remarkably ill."