Some Cities Are Going To Extraordinary Lengths For Amazon HQ2 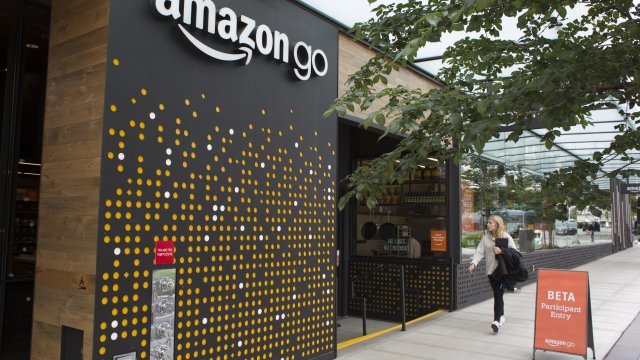 Bids to become Amazon's second headquarters are due Thursday, and the competition is no joke.

Washington, D.C., Mayor Muriel Bowser said in a commercial, "Alexa, where is the most interesting company in the world going to locate?"

Amazon said it expects to hire as many as 50,000 people and invest over $5 billion in its next location. Over 100 cities and counties have put in bids, and some are going to some pretty great lengths to get the company's attention.

Like, you know, making giant Amazon boxes the size of bread trucks and casually placing them around town.

Amazon-level growth could lead to increased traffic and other strains on infrastructure.

That's what the city of Birmingham, Alabama, did. It made three gigantic Amazon box replicas and told residents to take pictures of them and tweet the company with the #bringatob.

And Kansas City Mayor Sly James purchased 1,000 items from Amazon and wrote a review for every single one of them.

In Tucson, Arizona, an economic group even tried to send Amazon a full-sized cactus — but Amazon rejected it, saying it couldn't accept gifts.

But Stonecrest, Georgia, may have outdone itself. It's offering Amazon its own city.

Earlier this month, the city council voted to de-annex some of its land so it could be used to create a new town called Amazon. On Wednesday, Mayor Jason Lary said he'd seek legislation to make CEO Jeff Bezos the unelected leader of the new town.