These Places Are Making The World Less Peaceful 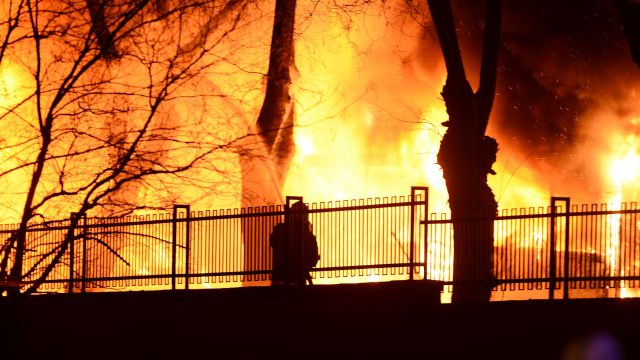 Terrorism, political instability and civil unrest have caused 79 countries to fall on the Global Peace Index.

Violent clashes in the Middle East and unrest in Africa made the world less peaceful within the past year, according to recent rankings from the Global Peace Index.

The Institute for Economics and Peace releases the annual index every June. It looks at more than 20 factors, including access to weapons, violent crime, political instability and military expenditure for 163 countries.

While Yemen's peacefulness score deteriorated the most over the past 12 months, Syria was ranked as the least peaceful country for the third year in a row. The country is consumed by violence from both ISIS and its ongoing civil war, in which estimates say nearly half a million people have been killed since it began in 2011.

Thanks to a small crime rate and limited engagement in foreign conflicts, Iceland was named the world's most peaceful country — a rank it's held since it was first included in the Global Peace Index in 2008.

Broadening the scope, Europe was named the most peaceful region in the world, despite terrorist attacks in France, Belgium and Turkey within the past year.

The Middle East and North Africa ranked as the most dangerous region in the world with five of the 10 least peaceful nations. The study's authors note that if that region were omitted from the report, the score for the world as a whole would've improved.

This video includes clips from BBC and ISIS.

Correction: A previous version of this video misrepresented the dates included in the 2016 Global Peace Index. It measures the first half of 2016 and the last half of 2015, not an entire calendar year. The video has been updated.