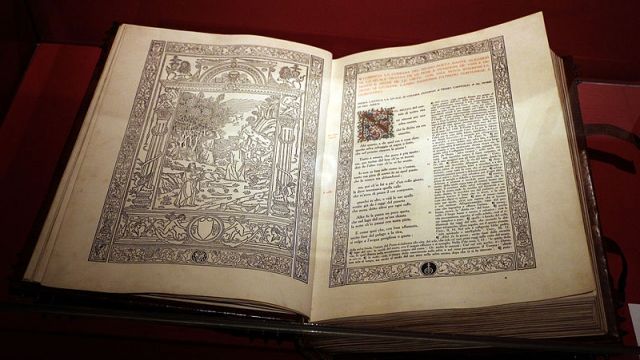 British authorities say over 160 publications were taken from a London warehouse in an organized heist.

British authorities are investigating a heist worth millions of dollars. But the thieves didn't make off with cash or jewels. They stole dozens of antique books.

Scotland Yard said over 160 publications, some of which date back to the 15th century, were swiped from a London warehouse in late January.

In what was dubbed a "'Mission: Impossible'-style" heist, the robbers reportedly climbed the building, drilled through the ceiling and rappelled down on rope to nab the collection — all while avoiding security measures.

Don't expect these works to end up on some book black market. Sources close to the investigation told the Daily Mail, "We're not talking Picassos or Rembrandts or even gold bars — these books would be impossible to fence."

Police stopped the 11-year-old driver before he hurt himself or anyone else.

The owner of some of the taken texts said, "It was clearly a robbery done to order. It was a specialized gang. They took only books — nothing else."

Authorities asked for the public's help in finding the culprit. So if you know any wealthy, well-read villains, please give London police a call.